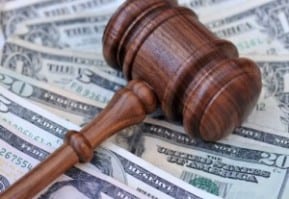 The world’s largest manufacturer of medical devices, Johnson & Johnson (J&J), is expected to pay out more than $4 billion to settle thousands of lawsuits involving its recalled defective metal hip implants, according to numerous reports in recent days.

The settlement, which is subject to approval by a federal judge, would resolve more than 7,500 lawsuits that have been brought against the company’s DePuy orthopedics unit by patients who have had the defective hip implants removed. Johnson & Johnson reportedly will pay an average of $350,000 for each of the hip implant surgeries in question, according to the Bloomberg Business Week report.

A number of factors will determine the amount of compensation individual patients may receive, including the extent of injuries and whether the patient had one or more surgeries to replace the defective hip implant. More compensation will be awarded to patients who suffered extreme injuries due to the failure of the device, or who endured lengthy hospital stays after removing the implant.

It’s important to note that the settlement does not prevent other patients injured by faulty hip implants from seeking compensation from J&J in the future. That means the settlement is uncapped in terms of its total value.

Traditional hip implants combine a metal or ceramic ball with a plastic socket. Johnson and Johnson developed the metal-on-metal hip implants to be more durable.

The metal hip devices were introduced by DePuy in 2005 and were heralded as a revolutionary design that would last twenty years and provide greater range of motion.

In 2010, DePuy recalled approximately 93,000 devices due to higher-than-anticipated rates of failure. Patients claimed that the device caused pain, discomfort and potentially dangerous levels of metal ions in the bloodstream. Around the hip joint many patients were found to have pseudo tumors and blackened necrotic tissue which is difficult to remove when the defective hip is revised.

According to the U.S. Food and Drug Administration, the all-metal implants may shed metallic debris and potentially damage surrounding bone and soft tissue.

Documents indicate that 37 percent of the artificial hips failed after only four-and-a-half years. In 2012, the failure rate in Australia was 44 percent within seven years

According to the pact, at least 94 percent of eligible claimants must apply for the settlement or J&J may withdraw from the deal.  The agreement only covers cases in the United States; meanwhile, the company faces separate law suits in other countries, including Australia, Ireland and England.

Additionally, the company has agreed to set aside money to reimburse Medicare and other insurers for claims they paid to hip-implant patients, potentially adding millions of dollars to the settlement.

According to the Johnson & Johnson website, DePuy is part of the J&J Family of Companies and focuses on orthopaedics, sports medicine, neurosciences and spinal care. The company was founded in 1895 and was the first commercial orthopaedic manufacturer in the world.

If you believe that you suffered injury due to the defective J&J hip replacement device, contact our firm right away to receive a thorough, free and confidential consultation about your case.

Samuel L. Davis, a founding partner at Davis, Saperstein and Salomon, P.C., is an experienced New Jersey personal injury and products liability attorney who has litigated hip-replacement cases for many years.