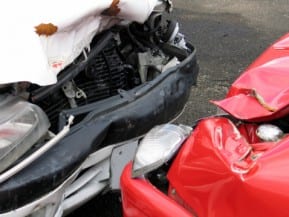 By filing a personal injury or wrongful death lawsuit, injured victims or the survivors of those killed in accidents caused by careless drivers can seek compensation to pay for their physical, emotional and financial losses.

Our lawyers can assist you by reviewing the insurance policies involved in your case, investigating your head-on crash by collecting evidence and interviewing witnesses, consulting with experts and timely filing all necessary documents in your case.

We can seek a negotiation or take your case to trial.

To learn more about your legal rights and the options available in your case, and the services we can provide to you, call Davis, Saperstein & Salomon, P.C., today at 1-800-LAW-2000 or submit our online form. Free and confidential consultations are readily available.

When Do Head-On Accidents Occur?

According to the New Jersey Department of Transportation’s list of “Crash Types,” head-on collisions can occur any time when two vehicles are proceeding in opposite directions and intended to continue that way but instead directly collide. This typically occurs when:

Head-on collisions can happen anywhere. A Transportation.org study revealed that:

The Transportation.org study also found that, despite beliefs to the contrary, relatively few head-on collisions occur in construction zones.

Crashes on either divided or undivided roads often occur as a result of:

Unfortunately, this means that many head-on collisions could have been prevented if a driver had not made a careless or even illegal decision. Because head-on crashes are almost always caused by driver negligence, those who suffer injuries in head-on car accidents should speak with a New Jersey head-on collision lawyer to determine if they may have a potential personal injury claim. 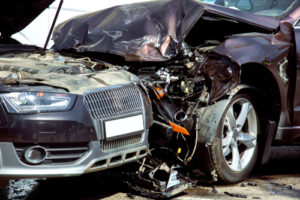 For many reasons, head-on crashes are dangerous and often deadly. Of course, the fact that the vehicles hit each other directly, causing the driver and passenger to bear the brunt of the impact, is a major reason that head-on accidents often cause serious injury.

However, it’s also because head-on crashes often happen at very high speeds. A drunk, distracted or sleeping driver may not slam on the brakes when an impact is coming. So, the cars are more likely to be moving very quickly when they crash.

Due to both the angle of impact and the high speeds of the crash, common injuries from head-on wrecks include:

A Rogers State University presentation on Mechanisms of Injury helps to explain why these injuries are often so severe. According to RSU’s information on kinetics, when two cars crash directly, the combined speed of the two vehicles can magnify the crash impact. For instance, two cars traveling directly towards each other at 40 miles per hour will have a force of 80 miles per hour.

Our New Jersey Head-On Collision Lawyers Can Help You

When a driver causes a head-on collision that leads to injuries or deaths, they should be held accountable. Injured victims or families who have lost loved ones have a right to seek compensation for their losses. Time is of the essence in making a claim for damages.

So, call Davis, Saperstein & Salomon, P.C., today at 1-800-LAW-2000 or complete our online form to learn more about your legal rights and the options available to you.

Since 1981, our car accident lawyers and staff have helped accident and injury victims throughout New Jersey and New York. We can schedule a free and confidential consultation, including a home or hospital visit or a meeting by phone, Skype, FaceTime or GoToMeeting. You will not pay for our legal services unless we are able to secure a recovery for you.