Paul A. Garfield is a partner with Davis, Saperstein & Salomon, P.C. Since 1989 he was licensed to practice law in New Jersey and Pennsylvania State and Federal court. Paul Garfield is a graduate from the College of New Jersey (formerly known as Trenton State College) with a B.S. in Finance and received his Juris Doctorate from Rutgers University in 1989 with honors. 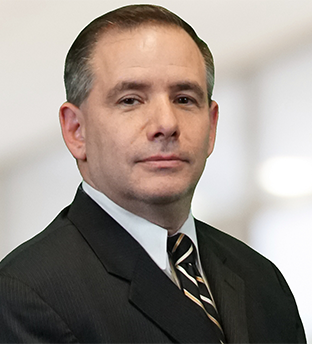 After graduating law school, Paul Garfield was employed by one of the world’s largest accounting firms. He then worked in the local law office for a large insurance defense firm. Paul Garfield is certified by the Supreme Court of New Jersey as a civil trial attorney and is a member of the New Jersey Association for Justice and The American Association for Justice. He has represented in diverse personal injury cases ranging from auto, fall down, product liability, medical malpractice, civil rights litigation, prisoner rights both in federal and State court. He has tried or settled cases with six figure verdicts and several in excess for over a million dollars. Paul Garfield has lectured for over a decade for the New Jersey State Bar on a wide range of topics including “Bridge the Gap PA/NJ Motion Practice”.

Paul has also been a member of the Supreme Court Ethics Committee Member IIB in Bergen County since 2007.

Disclaimer: Pursuant to the Rules of Professional Conduct as promulgated by the Supreme Court of New Jersey, lawyers who promote themselves or their firms are required to state the following: “No aspect of this advertisement has been approved by the Supreme Court of New Jersey.” This disclaimer applies to all the attorney rating agencies and organizations listed below. Some or all require payment of onetime or annual fees. For further information, as to their internal selection and rating criteria please click on the respective links below.

*Attorneys may be designated by the Supreme Court as “certified attorneys” if they demonstrate sufficient levels of experience, education, knowledge and skill in a specific area of law or practice, pass a rigorous examination and receive recognition from peers as having sufficient skills and reputation in the designated specialty. See Certification Process.

*Super Lawyers is a listing of lawyers who are selected based on peer nominations and evaluations combined with independent research. Each candidate is evaluated on 12 indicators of peer recognition and professional achievement. Thomson Reuters publishes the listing. See Selection Process.

DAVIS, SAPERSTEIN & SALOMON, P.C., has been awarded a 2017 Top Workplaces honor by North Jersey Media Group. The Top Workplaces lists are based solely on the results of an employee feedback survey administered by Energage, LLC (formerly Workplace Dynamics), a leading research firm that specializes in organizational health and workplace improvement.... Read More

By: Attorney Paul A. Garfield A new law increasing penalties for driving in the left lane was recently signed by Governor Chris Christie and took effect last week. New Jersey and other states have laws requiring drivers to keep right unless they are passing. These laws promote safety by allowing... Read More

By: Attorney Paul A. Garfield One family suffered heartbreak when their car drifted into oncoming traffic. A woman and her two daughters were killed when her mother, who was driving, lost control of the car. The family was heading North on Route 29 in Trenton at the time of the... Read More

Two Women Hospitalized After Car Smashes into SUV in Paramus

Two women were hospitalized in critical condition on Friday after a car slammed into the SUV they were travelling in, sending both cars into a concrete divider. The accident happened at about 9:15pm in Paramus on the Garden State Parkway. The vehicles were both headed southbound at the time of... Read More