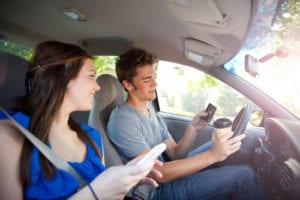 Many teen drivers are law-abiding and very responsible. Still, statistics shows that teen drivers present a significant risk. Despite representing only six percent of all licensed drivers in New Jersey, teenaged motorists are involved in 13 percent of all wrecks.

Unfortunately, the cost of teen driving accidents is significant. Many teens lose their lives each year, and some kill or injure innocent victims. Those who are victims of accidents involving teen drivers can take legal action to recover money for their losses.

To learn how a skilled, experienced and dedicated New Jersey car accident lawyer can help you, call Davis, Saperstein & Salomon, P.C., today at 1-800-LAW-2000 or complete our online form.

We can review the facts of your case and explore options for seeking compensation. These options include filing a no-fault insurance claim with your insurer or a personal injury lawsuit against the insurer of the at-fault teen driver.

In some cases, a claim may be brought against parents who allowed alcohol to be served to an underage person (younger than age 21) who subsequently causes a car accident.

At Davis, Saperstein & Salomon, P.C., we can provide a free initial consultation about your case. We won’t charge for our legal services unless we recover for you.

Statistics on teen driving dangers from the Teen Driving Fact Sheet and the U.S. Centers for Disease Control and Prevention show the dangers presented by teen drivers. According to the data:

New Jersey attempts to mitigate the dangers of teen driving by using a graduated driver’s license system. Unfortunately, teens continue to cause crashes every day. 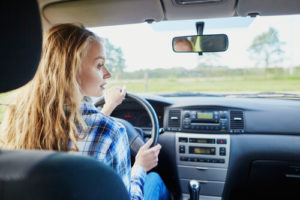 Car accidents involving teenagers can occur for any number of reasons. According to the Teen Driving Fact Sheet, distraction, inexperience, speeding and/or failure to yield are among the leading causes.

The CDC also takes a close look at teen car crashes. The agency has identified the following factors as five reasons why teens are more likely to be injured in wrecks:

In New Jersey, anyone who serves alcohol to a minor (or person under age 21) or who makes their home or property available for the purpose of allowing minors to consume alcohol can face criminal punishment. Usually this type of negligence is covered by the adult homeowner’s insurance policy.

New Jersey’s social host liability law also allows such hosts to be sued if the underage driver later causes an accident that involves the injury or death of an innocent third party.  Additionally, an underage guest can file a lawsuit against the host if that minor was negligently served alcohol and injured later on in a car accident.

At Davis, Saperstein & Salomon, P.C., we can help you to hold the social host who served the teen driver who caused your accident fully accountable for their misconduct. We have handled numerous cases involving New Jersey’s social host liability law.

Looking at the causes of teen driving accidents, it is apparent that certain teenagers are often negligent in their driving behavior. These crashes can have serious consequences. If you are a victim, whether you are a passenger in the car or another driver on the road, a New Jersey teen driving accident lawyer can help.

Injured accident victims may work with a New Jersey auto accident attorney to sue or make a claim for compensation for medical costs, lost wages, pain and suffering, emotional distress or other damages. Teens, like all drivers, are represented by insurance companies. So, you don’t need to worry about the teen’s not having sufficient assets or feel guilty about holding the teen driver responsible for your losses.

To learn more about taking action after a teen driving accident, contact Davis, Saperstein & Salomon, P.C., today at 1-800-LAW-2000 or complete our online form. Our initial consultation is free. We can meet in your home or in the hospital. We can also speak by phone, Skype, FaceTime or GoToMeeting. We charge no attorney’s fees unless we recover compensation for you.