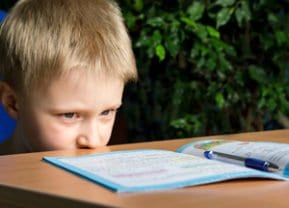 Why Are Concerta Lawsuits Being Filed?

Concerta lawsuits are being pursued on behalf of young victims and their families against Janssen Pharmaceuticals, a subsidiary of Johnson & Johnson.

The plaintiffs allege that the pharmaceutical company failed to give a proper warning that the drug may cause serious psychiatric side effects, including:

Litigation is in the early stages. A Concerta lawsuit could be pursued on an individual basis or as part of a class action claim, in which a group of “named plaintiffs” represents a wider class of similarly harmed individuals.

Concerta (methylphenidate hydrochloride) is an extended-release central nervous system (CNS) stimulant that received approval from the U.S. Food and Drug Administration (FDA) in 2000.

Doctors prescribe the drug for the treatment of attention deficit hyperactivity disorder (ADHD) in teenagers and younger children. The drug is not approved for children ages 6 and younger.

Concerta slowly and steadily increases the effects of the neurotransmitters noradrenaline and dopamine in parts of the brain that regulate a person’s attention and behavior.

As the New York Times noted in 2013, ADHD is a “legitimate disability” that impacts an estimated five percent of children in the United States.

However, the newspaper reports, many in the medical community believe that “the zeal to find and treat every ADHD child has led to too many people with scant symptoms receiving the diagnosis and medication.”

What Are Concerta Side Effects?

Concerta may help teens and younger children to focus in school and control their behavior. Still, the drug carries many side effects such as:

Litigation is focused on whether Concerta causes teens and younger children to grow depressed and suicidal despite having no prior history of psychiatric issues.

Only eight percent of those involved an “exacerbation of pre-existing symptoms.” In other words, the overwhelming majority of patients had no prior history of suicidal behavior before they started taking Concerta.

What Compensation Can You Pursue in a Concerta Lawsuit?

If your child has experienced suicidal behavior and other psychiatric side effects after being prescribed Concerta, you may be eligible to pursue damages that include:

Your eligibility to pursue compensation and the compensation potentially available to you will depend on the specific facts and issues in your case.

Our Lawyers Are Ready to Help You

At Davis, Saperstein & Salomon, P.C., we believe that drug companies should be held accountable when they fail to properly warn patients and their families about the side effects associated with their products.

We are a national leader in dangerous drug litigation. For more than 30 years, we have protected the rights of consumers and fought for the compensation they deserve. Our record includes more than $400 million obtained in verdicts and settlements.

We know how to prepare strong individuals cases by consulting with experienced medical professionals and by conducting our own exhaustive investigation and research. We are ready to help you today.

Contact us to receive a timely, free and confidential consultation. We will charge no fees or costs unless we secure a financial recovery for you.