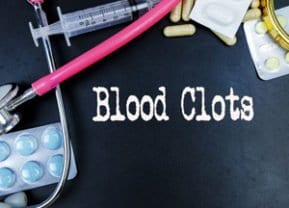 Why Are Xarelto Lawsuits Being Filed?

Patients and surviving family members across the country have filed claims against the companies behind Xarelto, Bayer HealthCare and Janssen Pharmaceuticals (a subsidiary of Johnson & Johnson).

The plaintiffs assert that:

In December 2014, all individual Xarelto lawsuits filed in federal courts were consolidated in the Eastern District of Louisiana (MDL No. 2592).

Four “bellwether trials” are set to take place in that multidistrict litigation in the first half of 2017. Those trials can be used to assess the manufacturer’s exposure to liability and the potential amount of damages awards.

If plaintiffs prevail in bellwether cases, it often prompts manufacturers to establish a settlement funds that pays claims to harmed patients or surviving family members.

Xarelto (rivaroxoban) is an anticoagulant medication. The U.S. Food and Drug Administration (FDA) approved the drug for the U.S. market in 2011. It is also called a “blood thinner” or “anti-thrombotic.”

Doctors prescribe Xarelto for the prevention of blood clots in the legs (deep vein thrombosis) and lungs (pulmonary embolism) in patients who:

The drug prevents blood clots by blocking the body’s production of the enzyme, thrombin.

Since it went on the market, Xarelto has been advertised as a convenient alternative to warfarin (Coumadin). This is because Xarelto use does not require routine blood monitoring or a special diet.

According to the New York Times, sales of the drug have soared, reaching $1.9 billion in 2015 alone.

What Are Xarelto Side Effects?

The most serious side effect associated with Xarelto – and the focus of current litigation – is severe bleeding, or hemorrhaging, which can lead to a stroke, heart attack or death. This bleeding can occur in the:

The problem with Xarelto is that there is no known antidote – a way to stop the bleeding – until Xarelto passes through one’s system, which could take between five to nine hours. In contrast, vitamin K injections may be used as antidote when warfarin users experience bleeding episodes.

If you or a loved one is taking Xarelto, you should pay close attention to frequent or prolonged bleeding in the nose or gums or heavier-than-normal menstrual bleeding.

Other signs and symptoms of excessive bleeding include discolored urine or stool, coughing up or throwing up blood, swelling around wounds and severe, persistent headaches.

The FDA is looking into whether Johnson & Johnson knew that a defective blood-testing device was used during the 2010 clinical trial that played a role in Xarelto gaining FDA approval, according to the New York Times.

The newspaper reports that the device may have caused doctors to give wrong amounts of warfarin to patients in the clinical trial, which in turn led to a higher number of bleeding events among warfarin users and “an unfair advantage to Xarelto.”

What Compensation Can You Pursue in a Xarelto Lawsuit?

If you or someone close to you has suffered a severe bleeding episode that required hospitalization or other treatment after taking Xarelto, you can protect your rights by contacting Davis, Saperstein & Salomon, P.C.

You may be eligible to seek compensation that includes:

Our Xarelto Injury Lawyers Are Ready to Help You

Davis, Saperstein & Salomon, P.C., has more than three decades of experience with taking on large pharmaceutical companies and standing up for patients harmed by defective drugs, including Xarelto users. We have recovered more than $400 million on behalf of our clients.

We know how to prepare strong individual cases by conducting thorough investigation and research and consulting with highly qualified medical experts.

We will charge no fees or costs unless we obtain a financial recovery for you.

Contact us today for a timely, free and confidential consultation. We can thoroughly review your case and help you to pursue the relief you deserve.