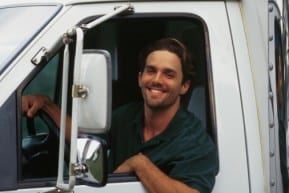 The roads of New Jersey and New York are filled with drivers from every state. For instance, we see Pennsylvania license plates on the road nearly every day. It is less common to see cars and trucks from other countries, but it does happen. Unfortunately, sometimes truck drivers from Canada, Mexico, or another country are involved in a truck driving accident. When this happens, the situation can get complicated very quickly.

It must be determined where the truck driver is from, whether he or she was allowed to be driving on American roads and who can be held responsible. Under certain circumstances foreign shippers and owners of cargo trailers or containers can be held accountable for injuries caused by a truck accident.

While you focus on recovering, allow the lawyers of Davis, Saperstein & Salomon, P.C., to investigate your truck accident case, including the complex issues that can arise when the crash involves a foreign driver. Find out how we can help you by calling us today at 1-800-LAW-2000 submitting our online form. We can provide a free initial consultation about your case.

There are many regulations concerning foreign truck drivers. These regulations split foreign drivers into two groups. The first group consists of foreign drivers who have obtained work visas and are in the U.S. for an extended period of time. The second group of foreign drivers is allowed in briefly under the North American Free Trade Agreement (NAFTA) to pick up or deliver goods bound to or from Canada or Mexico.

Many foreign truck drivers are in the U.S. for an extended period of time under work visas. Most of these drivers are required to obtain a commercial driver’s license (CDL) from the state they will be based out of. The federal government also requires them to obtain an Employment Authorization Document (EAD).

A case involving an international driver who is in the U.S. for seasonal or temporary work will proceed like any other truck accident lawsuit would in New Jersey or New York.

In many cases, the driver’s employer will be held responsible for their actions. Your medical expenses will generally be covered by your own insurance under either the New Jersey or New York no-fault insurance scheme.

Because trucks are commercial vehicles, you may be able to recover pain and suffering damages from the shipping company or owner of the truck, provided that they are found to be negligent.

Through the North American Free Trade Agreement (NAFTA), many of the foreign truck drivers going through New Jersey and New York are allowed to be here temporarily and to go to one or two stops.

Federal law allows Canadian and Mexican drivers who meet certain requirements into the U.S. for very limited purposes. They must either be delivering goods to the U.S. from Canada or Mexico, or they must be picking up goods from here to deliver to Canada or Mexico. This means that drivers who are allowed in for this purpose are not allowed to move goods around unless those goods are going in or out of the country. Most deliveries between U.S. destinations are not allowed, even if it is on the way.

In order to send a truck into the U.S., a carrier will first have to obtain operating authority from the Federal Motor Carrier Safety Administration. There are stringent requirements for letting commercial drivers into the country to pick up or deliver.

As stated in the Department of Homeland Security Guidelines for Compliance of Commercial Motor Vehicles (CMV) and CMV Drivers Engaged in Cross-Border Traffic, foreign national truck drivers may qualify for admission as B-1 visitors for business to pick up or deliver cargo traveling in the stream of international commerce.

Thus, the foreign truck driver must meet the general entry requirements as a visitor for business (B-1 classification).

This means the driver must:

If you have been hurt by an international driver in New Jersey or New York, your medical expenses will be covered by your own no-fault insurance. Because all drivers, including Mexican and Canadian ones, are required to carry valid insurance, there is still a good chance of recovering all of your costs and expenses in court as well as winning damages for pain and suffering, depending on your injuries.

Contact the truck accident lawyers at the firm of Davis, Saperstein & Salomon, P.C., at 1-800-LAW-2000 or through our online form for a free initial consultation today.  We can sort through the facts of your case and the relevant laws and get to work right away on seeking all available compensation for you.