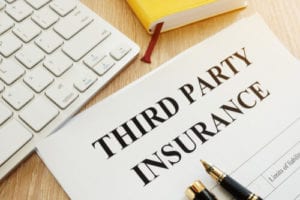 Workers’ compensation coverage in New Jersey pays for the costs of a work-related injury or illness. When a worker is hurt in an accident, develops medical problems due to repetitive stress or gets sick from being exposed to toxins or hazards at work, workers’ compensation pays for the costs of medical treatments and provides disability benefits that give the worker much-needed income.

The workers’ compensation laws exist to make sure injured workers are provided for – but in one important way, they limit the rights of workers. They do this by preventing workers from filing a personal injury lawsuit against an employer.

This limitation significantly impacts the ability of a worker or surviving family members to obtain full compensation for all economic and non-economic losses. As such, many workers or loved ones of those killed on the job will consider making a third-party liability claim whenever possible.

At Davis, Saperstein & Salomon, P.C., we have years of experience in filing personal injury lawsuits or wrongful death claims on behalf of those who have been hurt on the job or lost a loved one to a work-related accident.

Contact us today at (800) LAW-2000 or submit our online form to arrange a free initial consultation in which we can review the facts of your case and walk you through the process of seeking compensation through a third-party liability claim.

Under New Jersey workers’ compensation law, employers cannot be sued for work injuries. However, the law does not bar workers from filing suit against non-employers who may have played a role in causing an accident at work. This is referred to as a third-party lawsuit or as a third-party liability claim since the worker injured on the job sues some person or entity besides the employer.

There are lots of situations where third-party liability might exist and lead to a lawsuit based on an injury that occurs on the job. For example:

In these and other scenarios, the worker is taking legal action against a third-party non-employer for an accident or incident that just happened to occur on the job. The third-party lawsuit is entirely separate from the workers’ compensation claim. Both can proceed at the same time.

However, if a worker succeeds in making a third-party claim and recovers monetary damages, then he or she may need to reimburse the employer for some of the workers’ compensation benefits received.

Why Is Third-Party Liability Important?

Because the damages in a personal injury lawsuit may exceed the funds available through workers’ compensation, third-party liability is very important.

Money paid out through workers’ compensation is determined by statute. In other words, the law says how much someone can receive when he suffers a given type of injury, and the law establishes the same general guidelines and rules for every work injury case. The law also imposes significant limitations on worker benefits at the same time as it bestows benefits on workers to protect them. For example:

Obtaining compensation through a third-party liability claim can also be a more time-consuming and complex process. Ideally, with workers’ compensation, you can simply provide notice of your injury and medical problems to your employer, get your claim approved and begin to receive benefits.

With a third-party liability claim, however, you need to file a personal injury claim, prepare for court and go to trial, or you need to negotiate a settlement with an insurance company that is trying to pay you as little as possible. Evidence has to be presented in a certain way, and court rules must be followed.

Get Legal Help for a New Jersey Third-Party Liability Claim

At Davis, Saperstein & Salomon, P.C., our experienced New Jersey work injury attorneys can evaluate your case and determine if there is any argument to be made for third-party liability.  We can also assist with both workers’ compensation claims and third-party liability lawsuits.

Call us toll-free at (800) LAW-2000 or use our online form to set up a free initial consultation. There is never a fee for our legal services unless we win your case.