Home Blog Legionnaires on the Rise: US Already Seeing Numerous Outbreaks in 2017 What Can You Do to Stay Safe?

Legionnaires on the Rise: US Already Seeing Numerous Outbreaks in 2017 What Can You Do to Stay Safe? 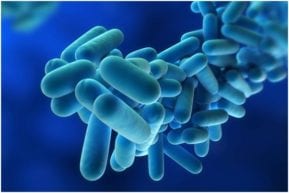 In the summer of 2015, New York City saw an alarming outbreak of Legionnaires disease that sickened 138 residents, and ultimately killed 16 people. It is an airborne respiratory disease, and is similar to a severe form of pneumonia. Cooling towers, which are part of a recirculated water system that is used in a building’s cooling, industrial, and refrigeration system, ended up being the source of the outbreak. These towers are breeding grounds for bacteria.

What is Legionnaires Disease, and How Did it Get its Name?

The name Legionnaires came from a 1976 outbreak at an American Legion convention in Philadelphia, when 221 men were sickened, and 34 ultimately ended up dying. The disease is contracted by inhaling droplets of water from public water places such as cooling towers, air conditioners, water pipes, showers, and so on.

Recent Outbreaks in the US

In June of 2017, several new cases of Legionnaires disease were announced across the US, from Las Vegas to Michigan, to NYC and Florida. The most serious of which so far occurred on the Upper East Side of Manhattan, with six people falling ill and one 90 year old man losing his life.

Nevada health officials announced an investigation into the illness of two guests that occurred while staying at the Rio Hotel in Las Vegas in March and April of 2017. After the illnesses were confirmed to be Legionnaires, an inspection of the hotel water system yielded positive results. The hotel disinfected the rooms through a process known as “remediation”, where chlorine is used at a high temperature.

After a police officer in the south Bronx was experiencing symptoms similar to that of Legionnaires, tests conducted in his precinct showed traces of legionella.

Over the last few months, 4 LA Fitness gym patrons in Orange County, Florida have contracted the disease from showers and spas at two separate locations. 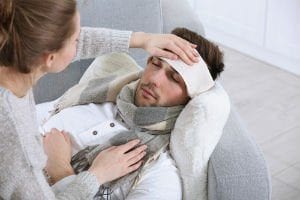 It is important to note that the disease itself usually does not start to develop until two to 10 days after exposure to the bacteria. If you are experiencing any of the following, it is important to seek medical treatment immediately:

What Can Be Done?

Legionnaires is considered an environmental disease, since it is spread through inhalation, instead of through person to person contact. The most effective way of reducing the spread of the legionella bacteria is through proper maintenance of water systems and pipes and persistent sanitation of public water areas, such as hot tubs, swimming pools, etc. The bacteria grows best in warmer waters, so cleaning and disinfecting the areas on a regular basis is key in preventing the spread of Legionnaires disease.

Talk to an experienced attorney if you feel as though you have been affected by the carelessness and negligence of others. Legionnaire’s disease and the pain and suffering it brings is 100% preventable. Call Davis, Saperstein & Salomon P.C., today to learn more about how we can assist you.