Investigators are still searching for answers about what caused a NJ Transit train to plow into the Hoboken Terminal on September 29, killing one person and leaving 114 others with injuries.

The New York Times reports that the incident caused the first death on a NJ Transit train since 1996.

As attorneys who represent the victims of train accidents and other public transportation incidents throughout New Jersey and New York, we are closely monitoring this investigation.

The National Transportation Safety Board (NTSB), which is overseeing the investigation, released several new details in an October 2 press conference. 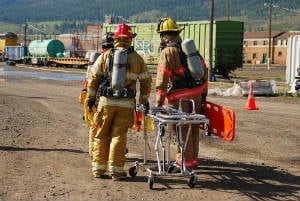 As NJ.com reports, NTSB officials have interviewed the engineer, who had been operating trains since 2000. The engineer shared that the train was going, in his estimate, about 10 miles per hour when it approach the station.

However, after he checked the speedometer, blew the train’s horn and entered the station track, he cannot recall what happened next, the newspaper states.

The NTSB told reporters that the curve leading to the station could support a train going as fast as 43 mph. On this day, the train had four cars rather than the five cars it usually had.

An NTSB official told reporters that it was still too early to know whether the train actually was going only 10 mph, as the engineer recalls, or if the brakes had been applied.

Additionally, during the press conference, investigators discussed possible factors such as the engineer’s fatigue and distraction.

The NTSB told reporters that the engineer was “fully rested and his cell phone off and stored” at the time of the crash, according to NJ.com.

The weather also appeared to be normal, the engineer had clear visibility and no problems had been reported with train signals or the tracks, NJ.com reports. 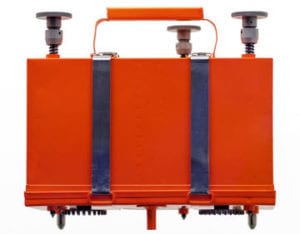 One key source of information about the train’s failure to stop before it crashed into a Hoboken Terminal wall could be an event data recorder (EDR) that was located in the front of the train. EDRs are also commonly called “black boxes.”

According to NJ.com, an older EDR located in the back of the train was not working. Investigators were in the process of removing the newer EDR and collecting data from it.

The NTSB is also studying video footage and accident scene photos which are being taken by a surveillance drone, NJ.com reports.

The accident comes after the Federal Railroad Administration (FRA) discovered “dozens of NJ transit violations” during the summer, according to NJ.com.

The New York Times reports that the FRA launched an audit of NJ Transit due to those safety violations as well as “a leadership vacuum at the top of the agency.”

The NTSB will be looking at those violations as part of its overall investigation of the Hoboken train crash, several media outlets reported.

Additionally, NTSB will examine whether the use of an automatic Positive Train Control (PTC) system could have potentially slowed the train and prevented the crash. The tracks on which this accident occurred were not equipped with PTC.

We will look to see if it affected this one,” a NTSB official told reporters at the October 2 press conference. “We just don’t have enough information yet.