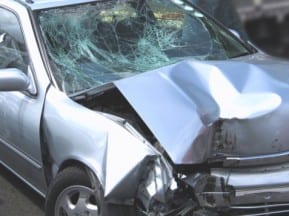 Although many believe that multi-vehicle crashes and head-on collisions are the most dangerous or deadly, a 2009 article in the Washington Post indicated that single-vehicle crashes can actually be the most fatal types of car crashes.

When a single-vehicle crash occurs, a driver who suffers serious injuries may make a claim with his own insurance carrier or, in some cases, may pursue a claim if poor road design, a vehicle defect or other unrelated factors caused the crash.

If you have been injured or lost a loved one in a single-car accident, it’s crucial that you act without delay and take the steps that are necessary to protect your legal rights and options. Contact Davis, Saperstein & Salomon, P.C., today at 1-800-LAW-2000 or complete our online form. We can arrange a free and confidential consultation.

The State of New Jersey has outlined a list of crash types used by law enforcement to categorize car accidents. According to their list, there are five types of single car crashes including:

In these crashes, drivers, pedestrians, passengers, pedestrians and bike riders can all suffer serious injury or even death as a result of the collision.

In the majority of cases, the driver who is operating the vehicle is responsible for the single-car crash. Those who suffer an injury, such as a passenger, may take legal action against the driver by making a personal injury claim.

Under New Jersey’s “No-Fault insurance” rules, victims of car crashes who own and insure their own vehicles must make claims under their own auto insurance policy.

When a driver is injured in a single-car crash, he usually has little recourse other than to make a claim for medical costs and lost wages from his own insurer. These are called “Personal Injury Protection” (PIP) benefits. In New Jersey, New York and other “No-Fault Insurance” states, the at-fault driver’s “No-Fault Insurance” policy will pay for his or her medical bills.

In some cases, the accident may have been caused by poorly designed or poorly maintained roads. In these instances, the single-car accident driver may be able to make a claim against the government entity responsible for maintaining the road. These types of cases are especially complex due to governmental immunity protections. A New Jersey single-car crash lawyer should be consulted for assistance due to the fact that a special notice of intention to make a claim must be filed with the governmental agency within 90 days of the accident, or else the claim will be dismissed.

Get Help from Our New Jersey Single-Car Crash Lawyers Today

The car accident lawyers and staff of Davis, Saperstein & Salomon, P.C., have devoted their legal careers since 1981 to helping people throughout New Jersey and New York who were injured as a result of the carelessness of others. Call us today at 1-800-LAW-2000 or complete our online form to schedule a free and confidential consultation and learn how we can help you. We provide home and hospital visits in addition to meeting by telephone, Skype, FaceTime or GoToMeeting. We do not charge attorney’s fees unless we are successful in your case.