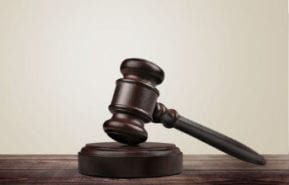 Attorney Samuel L. Davis recently secured a $15 million settlement on behalf of the family of a 13-year-old girl who suffered severe injuries in a 2013 escalator accident at a Macy’s store in New Jersey’s Garden State Plaza.

You can go here to read a press release about the case.

Mr. Davis filed the lawsuit in Bergen County Superior Court (Docket No. 13-5957) against both Macy’s Inc. and Thyssen Krupp Elevator Corporation, the company responsible for maintaining the store’s escalators.

According to the lawsuit, Macy’s installed its escalators when the mall opened in Paramus, New Jersey, in 1958. The usual service life of such escalators is 20-25 years. However, the store never replaced or upgraded them.

The girl and her family claimed that the escalator’s obsolescence and poor maintenance caused gaps in the machinery, which led to the girl’s foot becoming entrapped in an accident on August 16, 2013.

Macy’s canceled a state-mandated inspection of the escalator that was originally scheduled for March 2013 and never rescheduled it due to its interference with the store’s retail operations, the lawsuit further alleged. After the tragedy, Macy’s replaced the escalators.

“About 10,000 escalator-related injuries per year result in emergency treatment in the United States – a large percentage of those injured are children,” Mr. Davis said. “Escalators are inherently dangerous, especially for kids.”

When a problem with an escalator emerges, it should be addressed immediately, no matter the circumstances, Mr. Davis added.

“Poorly maintained relics, like the one that almost claimed this young girl’s life, should never be allowed to stay in operation after the store becomes aware they are damaged,” Mr. Davis said. “Macy’s chose profit over safety and instead of disrupting the back-to-school shopping rush, Macy’s put countless patrons, particularly children, at risk.”

As the lawsuit alleged, the girl’s foot became entrapped and swallowed by the top of the stair of the store’s escalator in the August 2013 incident. A bystander hit the emergency stop button, and several other bystanders tried to remove pieces of the escalator to free the girl’s leg.

The girl’s treatment included 22 procedures to save her foot from amputation and completely rebuild it. She received skin and muscle grafts from other parts of her body.

The girl also suffered lung and kidney failure. She remained in the hospital for almost three months after the accident and received years of physical therapy.

She may require future surgery to correct her slight limp.

Throughout her years of treatment, the girl has kept a positive outlook. She has also expressed an interest in pursuing a career in medicine, Mr. Davis said.

“She said that the experience with almost losing her foot has taught her how dedicated doctors can give someone back a life,” Mr. Davis said. “She would like to do the same for other injured children.”