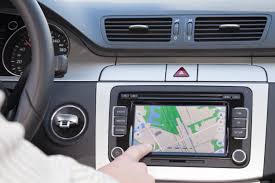 Today rear view cameras are common in top-of-the-line cars and trucks. Camera technology installed in the rear of vehicles allows drivers to have eyes behind their heads in places where it is difficult to see with rearview mirrors.

Rearview cameras display the driver’s rear “blind zone” which cover a 20-by-10-foot area. According to the U.S. Department of Transportation, each year 200 deaths and more than 18,000 injuries are caused by drivers who do not see pedestrians behind their vehicles. Tragically, about 70% of these accidents are caused by family members who cannot see small children or the elderly behind automobiles. On August 14, 2013 a 90 year old woman was hit by large pickup truck on the curb outside her Lodi, NJ home when she took out the trash.

In 2008 President George W. Bush signed a law to increase safety requirements for rear car visibility. On Tuesday, September 24, 2013 the DOT announced that backup cameras will be added to the list of recommended safety features by the National Highway Traffic Safety Administration. Unlike seat belts and airbags, backup cameras are not standard features in motor vehicles.

The DOT estimates that backup cameras can save at least 100 lives per year if installed in new motor vehicles. Many car makers give consumers the option to purchase a backup camera at an added expense. Backup camera supporters such as the Consumers Union of the United States, Kids and Cars and Parents Whose Children Never Reached Puberty believe that car safety should be standard equipment for all cars and trucks.

A lawsuit was filed in September against the U.S. Department of Transportation by two parents who accidentally ran over their children. Greg Gulbransen struck and killed Cameron, his 2 year old son, as he backed out of his driveway in 2002. Susan Auriemma struck and injured Kate, her 3 year old daughter the same way. They are requesting the court to direct the DOT to increase rearview car safety by issuing a new rule which requires backup cameras in new motor vehicles within 90 days.

Rear view cameras are a great safety device; however, they may not be affordable to the average car buyer. New Jersey car accident lawyer Garry Salomon is in favor of more rearview cameras in new motor vehicles: “We have the technology to prevent tragic accidents. Unfortunately, these types of accidents ruin two lives, both the driver and the victim. This is a no-brainer. The longer we wait the more lives will be lost. Car makers need to reduce the cost to make it standard equipment.” Rear view camera technology requires a screen to view an image which are often a part of pricey navigation packages. Most LCD screens are included in high-end car packages with other luxuries such as a navigation system, leather interior, heated seats, Bluetooth integration and remote engine start-up.

Garry Salomon has been recognized as a Certified Civil Trial Attorney by the Supreme Court of New Jersey and is an attorney at the firm of Davis, Saperstein and Salomon, P.C., in Teaneck, NJ.  He can be reached at 1-(800)-LAW-2000 to discuss backup cameras or to schedule a free initial consultation about any NJ or NY vehicle accident.