How Traumatic Brain Injuries Could Impact Your Child’s Future 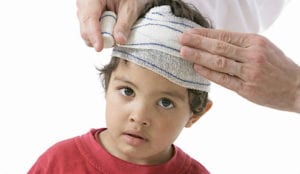 Traumatic brain injury (TBI) is a leading cause of death and disability among children in New Jersey and throughout the country.

As the U.S. Centers for Disease Control and Prevention (CDC) reports, the rate of emergency room TBI-related visits is highest among children ages four and younger.

A traumatic brain injury can have an immediate effect on a child’s cognition, which may be accompanied by a variety of physical side effects, too. However, the most alarming aspect of child brain injuries is the long-term impact. 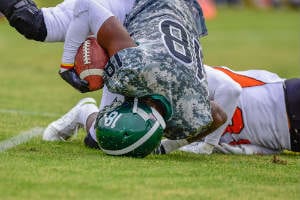 Children are curious creatures. They may get themselves into potentially dangerous situations where a head injury may result.

However, not all brain injuries are the fault of a child. In some cases, a child may incur a head injury because of the negligence of an adult.

Some common causes of childhood head injuries include:

Assault was the leading cause of TBI-related deaths among children under age four between the years of 2006 and 2010, according to the CDC.

When a child is involved in any of the accidents listed above, they may sustain the following types of brain injuries:

Brain Injury During Childhood Can Affect a Person for Life

A brain injury can affect an individual’s life and health in three primary ways:

You can read more about the effects of a TBI on the CDC website.

What Are the Long-Term Effects of a Child Head Injury? 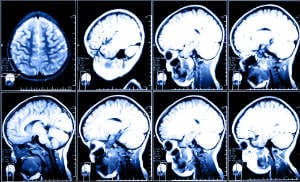 Time magazine reports that “the effects [of a brain injury] may be longer-lasting than researchers thought,” particularly in younger children who suffer from TBI.

The magazine reports on a study in which researchers followed 40 children, all of whom had suffered a brain injury between the ages of two to seven. Most of the injuries were caused by a car accident or a fall. Those children with the most severe brain injuries showed the most severe deficits throughout the course of the study.

The deficits which researchers most commonly observed included difficulties in higher learning capabilities such as:

The researchers also found how regions of the brain which control the above higher learning skills are the parts of the brain that develop fastest in life. Thus, any disturbance to normal growth in these regions can have a lasting effect on a child.

Because a child’s brain is still developing, a brain injury may be more devastating for the child compared to an adult. As such, brain development tends to lag after a brain injury rather than developing at the same pace it would have experienced prior to the injury.

While a child’s brain will still continue developing in the majority of cases following a brain injury, the brain cannot recover completely, the study found.

It is important to note that this research pertains to children with serious traumatic brain injury. Children who have suffered very minor brain injuries such as mild concussions will likely not be as seriously affected.

Recovering Compensation for Your Family

If your child has suffered a brain injury, it is important that the child gets the medical care that he or she needs in order to reduce the chances of long-term impairment. This may include working with therapists and specialists who can provide professional supportive care.

In addition to medical and therapy bills that your family has incurred, your child may require extra tutoring to help get caught up in school. The child may also suffer from a diminished quality of life because he or she is unable to do the things that the child once loved such as playing a favorite sport, engaging in a hobby or socializing with others.

At the law offices of Davis, Saperstein & Salomon, P.C., our attorneys can help your family to pursue damages for all TBI-related losses if your child has suffered the injury due to the negligence of another.

Please use our online contact form to schedule a free case review with our experienced brain injury lawyers today. We serve clients throughout New Jersey and New York.