Home Blog Is New Jersey Too Dangerous for Bicyclists?

Is New Jersey Too Dangerous for Bicyclists? 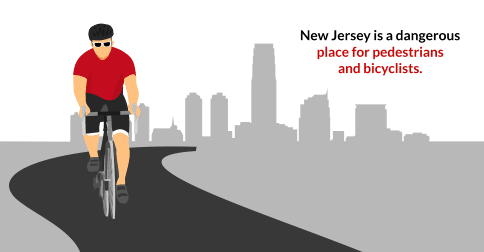 A recent “watchdog investigation” by the Asbury Park Press sheds light on the serious safety risks that bicyclists face on New Jersey roads. The article also raises the question: What are the best steps our state can take to prevent bicycle accidents?

The article, published by the Press in May, states that the death of a Monmouth County councilman in a bike-car collision last November “highlights what authorities have known for years: New Jersey is a dangerous place for pedestrians and bicyclists.”

New Jersey bicycle crash statistics cited in the article and those that can be found elsewhere online tend to support that conclusion.

The article, citing New Jersey State Police figures, states that 58 people died in bike accidents in New Jersey between 2010 and 2013, including:

Out of those cyclists who died, the article notes, only four were wearing helmets.

A few years earlier, the Tri-State Transportation Campaign published an eye-opening report that found that 19,551 bicycle accidents occurred in 13 northern New Jersey counties between 2001 and 2011, including 81 fatal crashes.

The five counties with the highest crash rates were:

The Tri-State report went deep in its analysis and identified the most dangerous roads in each county based on the total number of crashes between 2009 and 2011. The five counties with the highest total crashes in that period were:

Based on the statistics above, it may surprise one to learn that New Jersey actually is not the most dangerous state in the country for cyclists – at least in terms of the number of bike accident fatalities per million residents.

According to the most recent figures from the National Highway Traffic Safety Administration (NHTSA), 14 fatal bike crashes occurred in New Jersey in 2013, or 1.57 per one million residents.

(Florida had the country’s highest fatal crash rate at 6.08, while five states had zero bike fatalities in 2013.)

It is also worth noting that the League of American Cyclists ranked New Jersey No. 11 on its list of the country’s most “bicycle friendly” states. The organization has also placed six cities within the state on its list of 350 bicycle friendly communities: Hoboken, Lambertville, Montclair, Ocean City, Princeton and West Windsor.

What Can We Do To Make Bicycling Safer in New Jersey?

As the Asbury Park Press investigation points out, there is great debate surrounding what New Jersey can do to make bicycling safer. The most contentious issues are:

While these issues continue to be debated, it appears that New Jersey is at least making progress in one major area: Improving the design of its streets and highways so they are safer for bicyclists as well as pedestrians. 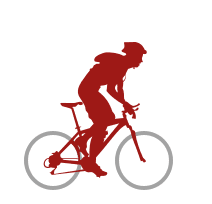 As the Tri-State report notes, New Jersey adopted a “Complete Streets” policy in 2009. Under this policy, any new road or road renovation projects must take into account the needs of all users, including cyclists. Additionally, the state’s Department of Transportation has held a series of workshops throughout the state with local leaders to educate them about the policy.

Certainly, if properly funded, a smarter approach to road design could go a long way towards preventing bicycle crashes within our state.

At Davis, Saperstein & Salomon, P.C., we will continue to encourage steps that can be taken to improve safety for bicyclists in northern New Jersey and throughout the state. We also will continue to protect the rights of cyclists who have been injured by negligent motorists.

If you or a loved one has been harmed in a bike accident in New Jersey, contact us without delay to receive a free review of your case and an explanation of your legal options.