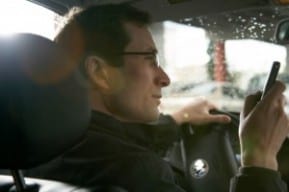 For years, it has been illegal to use a cell phone while driving in New Jersey. This hasn’t stopped drivers from texting and talking on their phones while they should be focused on the roads. To decrease the risk of accidents from distracted drivers, a new bill which increases penalties was pushed through New Jersey’s legislature. Governor Chris Christie signed the bill into law on Thursday, June 27th  2013.

New penalties were needed because so many drivers ignore the current laws. The US Department of Transportation counted 3,300 deaths in 2011 due to distracted drivers on the road. New Jersey deserves safer roads.

Attorney Adam Lederman at the firm of Davis, Saperstein, & Salomon, P.C., in Teaneck, NJ applauds the new law.  “It’s a necessary and good law because texting and driving is the most recent plague on the roads of New Jersey.”

The second major change is that all penalties have doubled. Penalties for a first offense now range from $200-$400. The maximum penalty for third and subsequent offenses have been bumped up to $800.

The new law also allows judges to suspend the license of anyone who has been convicted three or more times. While the suspension is only for 90 days, it shows that New Jersey will not tolerate texting and driving or talking and driving.

The law will not go into effect until late next year to give drivers and police time to make the necessary changes. In the meantime, it is expected that drivers on their cell phones will continue to make the road a dangerous place.

If you have been hurt by a driver who was texting or talking on a cell phone, you can contact the New Jersey car accident lawyers at the firm of Davis, Saperstein, & Salomon, P.C., in Teaneck, NJ. These lawyers handle cases throughout New Jersey and New York. They offer all prospective clients a free initial consultation so victims can learn their rights. You can contact them by calling (800) LAW-2000.