Home Blog Knockout Game: What You Need to Know to Stay Safe

Knockout Game: What You Need to Know to Stay Safe 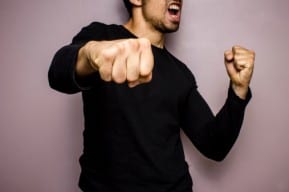 Reports about a violent “Knockout Game” have caused alarm in some communities. The game, which has received media attention recently, involves groups of young teens who approach random victims, try to knock them out with a single punch and then flee, laughing.  Some commentators think the game is a trend across the country, but others say reported attacks are isolated events that have been exaggerated by the media, creating an urban myth.

Either way, the “game” has happened, and some communities are reacting to protect potential victims.

What is the Knockout Game?

The attacks reportedly follow a pattern in which innocent victims are targeted by a group. One member of the group steps forward to land a single punch to the victim’s head. The hit is intended to knock the person out, or at least to the ground. Robbery is not a motive. Instead, the perpetrators consider the attacks to be fun.

Some violent and random attacks have been videotaped, and the tapes are available on the Internet. In the videos, the assailants laugh and joke about the attacks. While most victims manage to escape with minor injuries, that isn’t always the case. According to news reports, victims have died in St. Louis and Syracuse.

Attacks have been reported in New York City, Washington, D.C., and New Jersey. The New Haven Independent reported that six such attacks happened over two nights in November in New Haven, apparently involving the same cluster of people.

Community leaders in a number of cities are urging law enforcement and prosecutors to come down hard on anyone participating in the Knockout Game.

If the Knockout Game has come to your community, or you’re worried that it will, there are some things you can do to stay safe: