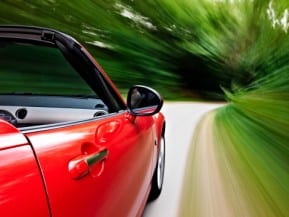 By: Attorney Paul A. Garfield

One family suffered heartbreak when their car drifted into oncoming traffic. A woman and her two daughters were killed when her mother, who was driving, lost control of the car. The family was heading North on Route 29 in Trenton at the time of the accident. No cause has been established.

The fatal crash occurred at about 2:30pm when a Toyota Solara being driven by 43-year-old Jennifer Dawson slid out of its lane and into opposing traffic.

After hitting a guardrail and spinning around, the vehicle collided with an oncoming Ford F-150 truck being driven by a 47-year-old woman from Hamilton.

The three were pronounced dead on the scene. Both drivers were taking to Capital Health Regional Medical Center.

Jennifer Dawson was hospitalized in guarded condition. According to authorities, she is a corrections officer living in Bensalem, PA. Police have not charged her in this accident. The other driver has not been named. She was brought to the hospital for observation.

Police did not believe speed was a factor. “There are many factors that can cause this type of accident,” explains Patricia Boguslawski, a New Jersey car accident lawyer at the firm of Davis, Saperstein, & Salomon, P.C. “A mechanical defect such as a blown tire can cause a car to drift into the wrong lane. Additionally, a driver who is distracted by a phone or her passengers may lose control of the car.”

Patricia Boguslawski is a New Jersey injury lawyer and is authorized by the Supreme Court of NJ as a Certified Civil Trial Attorney. As a senior associate at the law firm Davis, Saperstein, & Salomon, P.C., in Teaneck, NJ, she is experienced in representing victims of car crashes as well as injured pedestrians. “Make sure to keep your eyes on the road at all times no matter what. No text message or conversation is more important than making sure you and your passengers get home safely,” said Boguslawski, who can be reached at 1-(800)-LAW-2000 to discuss this case or any other vehicle injury in NJ or NY.

Paul A. Garfield, the author of this article, is also certified by the Supreme Court of New Jersey as a Civil Trial Attorney, a distinction held by less than 3% of all of New Jersey lawyers. Paul A. Garfield represents all types of vehicle accident victims throughout NJ and NY. He can be reached for media inquiries or to schedule a free initial consultation about an accident by calling 1-(800)-LAW-2000.