Nail Gun Injuries Are All Too Common at Construction Sites

Construction sites in New Jersey can be dangerous places. The chances of a worker being involved in a construction accident are extremely high. 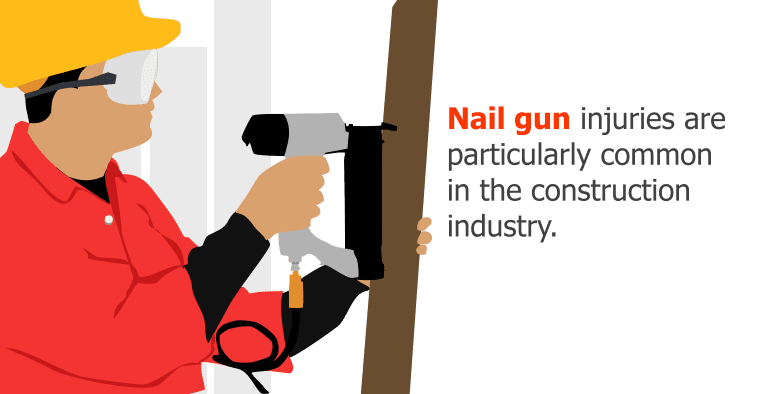 Nail gun injuries are particularly common in the construction industry. Close to 37,000 emergency room visits each year are due to nail gun injuries, the Occupational Safety and Health Administration (OSHA) reports.

Framing and sheathing work at residential construction sites is where an estimated two-thirds of nail gun injuries occur. Roofing, exterior siding and finish work are other jobs where workers are likely to be injured by a nail gun. 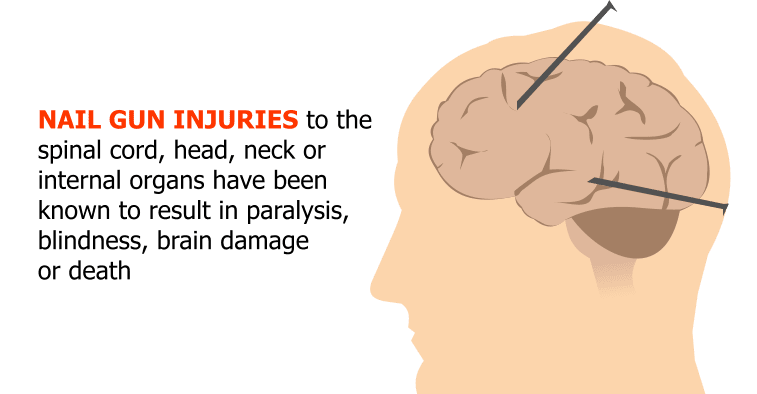 Additionally, OSHA reports that the most common causes of nail gun injuries at construction sites are:

With the potential for nail gun injuries being so high, it is important for construction workers and supervisors to familiarize themselves with the different ways of preventing nail gun injuries.

According to OSHA, the following safety measures can dramatically reduce the risk of on-the-job nail gun accidents: 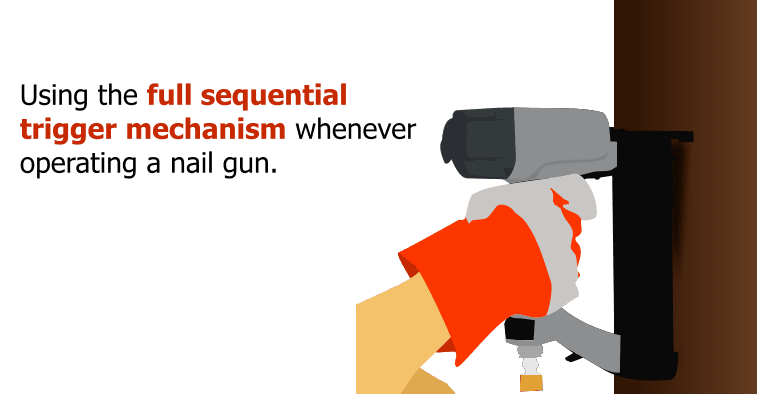 When the sequential trigger mechanism is used, the nose of the gun has to be depressed before the trigger can be pulled. This safety feature will minimize the chances of an accidental discharge of nails.

2. Providing safety training for both new and experienced workers.

Even though many workers may believe they already know how to operate a nail gun, training can help them to avoid an accident by reminding them to stay alert and aware of potential dangers. The topics covered in training should include:

3. Having a set of rules employees must follow when operating a nail gun.

While educating workers on specific safety procedures can help to prevent nail gun accidents, it is also important to put in place certain rules and procedures employees must follow when operating a nail gun. These rules should include:

4. Providing and requiring the use of protective gear. 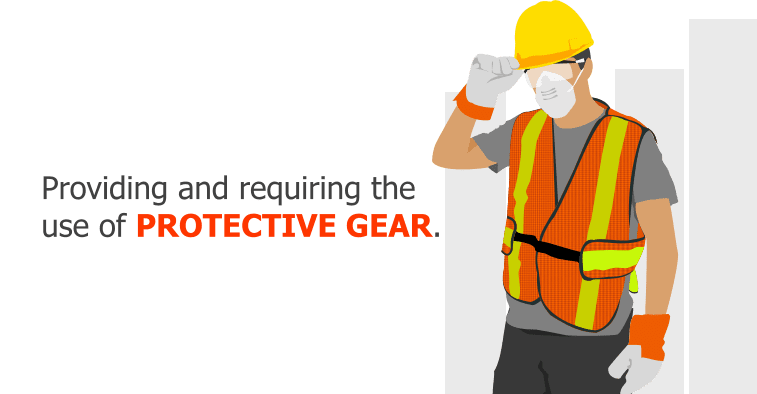 Providing and requiring the use of safety glasses or goggles, hard hats and hearing protection is a must for construction workers whose jobs involve the use of a nail gun. Steel-toed boots or other safety shoes can also reduce the risk of foot and toe injuries.

Workers should be encouraged to report nail gun injuries. For one reason, reporting the injury will allow the worker to get immediate medical treatment. Another reason to report the injury is that, under New Jersey workers’ compensation law, you have only 90 days from the date of your injury to give notice of your injury to your employer. It is an essential step in filing a workers’ compensation claim. Finally, reporting an injury could lead your employer to provide additional training and adopt new safety measures, ultimately helping to prevent future nail gun accidents.

If you have suffered a nail gun injury that has prevented you from working, forced you to work in a lighter-duty job that pays less than what you earned before or caused you to lose the use of a limb, you may be eligible to recover workers’ compensation benefits in New Jersey. Your medical expenses should also be covered through workers’ compensation.

If your nail gun injury resulted from the negligence of a non-employer or co-worker or due to a defect with the nail gun, you may also be able to pursue what is called a “third-party liability claim.”

The law firm of Davis, Saperstein & Salomon, P.C., assists injured construction workers in Teaneck and throughout New Jersey. Contact us to learn more about the options available for seeking the benefits and other compensation you deserve.