Everyone knows that driving while distracted is not a smart idea. They should also know that using a cell phone while driving to chat or text is distracting behavior that significantly increases the risk of being involved in an accident.

Regardless, there has been a reported increase in what may be a “doubly dangerous” trend: Snapchatting while driving. Here, we take a closer look at this issue.

Snapchat by the Numbers 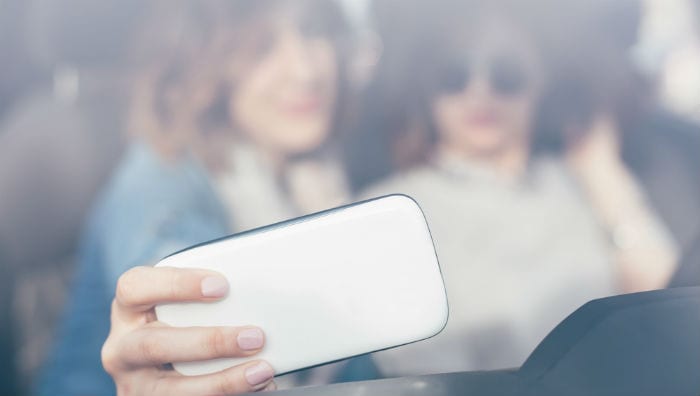 Snapchat is one of the most popular mobile applications today. The app allows users to “snap” a photo or short video and then send the photo or video to a friend or post it on a wall so it can be viewed by all of his or her friends. The photos and videos are temporary. After being viewed, the photos or videos are deleted.

According to the DMR website, as of last year, 100 million people actively used Snapchat on a daily basis, and more than 9,000 “snaps” were shared on Snapchat every second.

While teenagers are often stereotyped as the age group most likely to be found with their eyes glued to their phones, data shows that millennials (those between the ages of 18 and 33) are one of the largest groups to use Snapchat. Thirty percent of millennial Internet users engage in Snapchat activity on a regular basis. Seventy-three percent of all Snapchat users are millennials.

Why Do People Use Snapchat While Driving?

People use Snapchat while driving for more than checking others’ snaps. Many people take selfies or snap their own shots while driving.

Many believe the Snapchat app may be encouraging its users to do this. One filter on the app can be applied to photos to change how they look or share information. For instance, one filter can make a picture black and white, while another tells you the temperature outside. This same filter allows users to share how fast they are traveling at the time the photo is taken.

In other words, a driver who is speeding can take a photo, which will share the driver’s speed with his or her friends. What could be more dangerous?

Driving is already dangerous enough without adding Snapchat into the mix. Still, many people continue to use the app regardless of the potential harm.

Consider the case of an 18-year-old woman who rear-ended a vehicle being driven by a Georgia man last year while she was allegedly traveling at 107 miles per hour, according to The New York Times.

Right before the crash, the woman was reportedly using the Snapchat filter discussed above to document her speed. (After the accident, she also took selfies of herself with the text, “Lucky to be alive.”)

While she has been charged with reckless driving and serious injury by vehicle, according to a report in ABC News, both the woman and the driver whom she hit were injured. The man spent a week in a coma and has suffered serious brain damage, ABC reports.

Wave 3 News tells the story of another woman who lost her life last year when her vehicle slammed into a parked tractor-trailer. It is believed that the young woman used Snapchat at the time the accident happened.

It goes without saying that Snapchat is equally as distracting – if not more so – than texting while driving. Using it not only distracts drivers cognitively and visually but manually as well. It is simply impossible to take a Snapchat without taking one’s mind off driving, eyes off the road and hands off the wheel.

Snapchatting While Driving Is Against the Law in New Jersey

No specific law in New Jersey prohibits drivers from using Snapchat while on the road. No law bans people from using the Snapchat speed filter while driving a car, either.

Who Could Be Liable After a Crash Caused By Snapchat Use?

If a driver causes a crash because of his or her use of Snapchat, the driver may be held liable for the accident based on his or her negligence. In reality, nothing is reasonable about Snapchatting while driving.

In addition to the negligent driver, some believe the company behind Snapchat, too, should be held liable for creating an app that encourages distracted driving.

An experienced Teaneck, New Jersey car accident attorney can help you to explore your options in terms of liability and filing a claim for compensation.

Hurt by a Distracted Driver? Get Help from an Attorney Today

The dangers of using a cell phone while driving are real. The best thing that you can do to protect yourself and others from serious injuries is to put away your phone and to spread the message: Don’t Snapchat and drive.

If you are involved in an accident caused by another person’s distracted driving, the attorneys at the law firm of Davis, Saperstein & Salomon, P.C., can advise you on what to do next.  Our skilled lawyers will work hard on your behalf. Contact us today to learn more and discuss your case.