Home Blog What Happens If You Get Hurt on the Job as an Uber or Lyft Driver?

What Happens If You Get Hurt on the Job as an Uber or Lyft Driver? 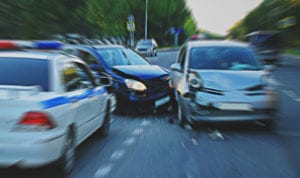 A growing number of people in New Jersey use ride-sharing (or ride-hailing) apps such as Uber and Lyft. However, what happens when the busy drivers for these ride-sharing companies get into car accidents?

Do the drivers qualify for workers’ compensation benefits like other “employees” in New Jersey, or do they fail to qualify for these benefits because they are classified as “independent contractors?”

If you drive for one of these popular ride-sharing companies, you need to carefully consider this question and how the answer could impact you in the aftermath of a serious crash. 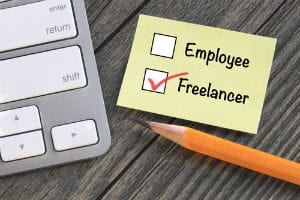 The question of whether Uber and Lyft drivers should be classified as employees or independent contractors has been a hot topic throughout the country ever since the ride-hailing apps debuted.

Uber, in particular, has long maintained that its drivers are independent contractors. Reuters notes how, if its drivers were classified as employees, it would “mean considerably higher costs for the company, including Social Security, workers’ compensation and unemployment insurance.”

Interestingly, a California labor commissioner ruled in 2015 that an Uber driver should be classified as an employee – a decision The Wall Street Journal described as a “setback for the ride-hailing company’s labor model.”

However, Uber insisted that the ruling applied to only one driver – not all of its drivers – and filed an appeal in a California state court, Reuters reports.

More recently, Uber agreed to a roughly $100 million settlement of a class-action lawsuit brought by drivers, according to Reuters. For the time being, at least, the settlement will allow the company “to keep its California and Massachusetts drivers as independent contractors,” the news agency stated.

However, an attorney for the drivers told Reuters that the settlement would not, in the future, stop U.S. labor authorities or a court from classifying Uber drivers as employees.

How Does New Jersey Classify Uber and Lyft Drivers? 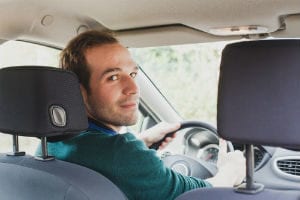 No New Jersey court has squarely addressed the issue of whether Uber, Lyft and other ride-sharing service drivers should be deemed employees or independent contractors.

However, an unpublished Appellate Division ruling that was issued in August 2016, Babekr v. XYZ Two Way Radio, A-3036-13T3, may shed some light on how a court would treat the issue, according to The New Jersey Law Journal.

In the case, a driver for a limousine company with a business model similar to the one used by Uber and Lyft suffered injuries in a car accident. He filed a claim for medical benefits in the New Jersey Division of Workers’ Compensation.

After conducting a hearing on the matter, a Workers’ Compensation judge found that the driver was not an employee at the time of the crash. As a result, he was not eligible to receive workers’ compensation benefits.

According to the Law Journal, the court reached this decision by applying the factors set out by the New Jersey Supreme Court in Estate of Kotsovka v. Liebman, ___ N.J. ___ (2015).

Those 12 factors, which are used to determine whether a worker is an employee or independent contractor, are:

In Babekr, the court focused heavily on the first factor – control of the means and manner of the worker’s performance – and the ninth factor – whether the worker is an “integral part” of the company’s business, the Law Journal notes.

As far as the first factor, the court found that the limousine company, XYZ, required drivers to dress a certain way and drive a certain type of car, but otherwise, left drivers largely on their own and unaccountable to the company. The Law Journal points out how this is very similar to the way ride-sharing companies operate.

Concerning the ninth factor, the court found that the company did not depend on “any one particular driver to carry out the job of transporting passengers,” according to the Law Journal. Again, the news outlet notes, this is not unlike Uber or Lyft, which work with hundreds of thousands of drivers across the country.

Thus, it is highly likely that, if presented with similar facts, a New Jersey court would find a driver with Uber, Lyft or another ride-sharing company to be an independent contractor as well, the Law Journal concludes.

What Legal Options Could Be Available for Injured Uber and Lyft Drivers? 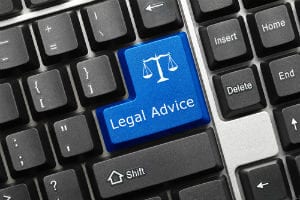 If you are classified as an independent contractor and ineligible for workers’ compensation benefits in New Jersey, you may still have options available to you for seeking compensation for your medical expenses, lost income, pain and suffering and more after a car crash.

You should get in touch with an experienced auto accident lawyer without delay. The lawyer can review your case, determine whether you can bring a no-fault benefits and/or personal injury claim and get to work on pursuing the compensation you are due.

At Davis, Saperstein & Salomon, P.C., we work with auto accident victims throughout New Jersey, including those who were working as employees or as independent contractors at the time of the crash.

We can provide a timely and free consultation about your case, and we will charge nothing for our legal services unless we obtain a financial recovery for you.