Home Blog Your Teen Can’t Resist Distracted Driving? There’s an App for That

Your Teen Can’t Resist Distracted Driving? There’s an App for That 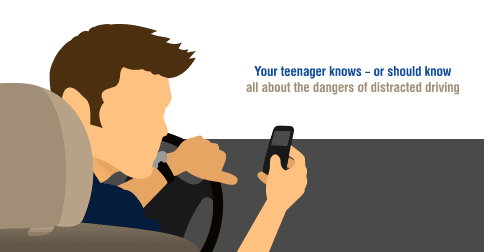 Your teenager knows – or should know – all about the dangers of distracted driving and how easy it is to get into a texting accident if he or she acts irresponsibly behind the wheel.

According to the New Jersey State Police, inattentive and distracted driving contributes to more fatal car accidents than speeding or drunk driving in our state.

The public clearly recognizes that this is a major issue. In 2014, the Alan M. Vorhees Transportation Center at Rutgers University conducted a study of distracted driving for the New Jersey Department of Transportation. The study reported that among those surveyed in 10 New Jersey municipalities:

Additionally, the risks posed by distracted driving are communicated to teens in driver’s education classes in New Jersey.

So, yes, your kids should know all about distracted driving dangers. Still, many cannot tear themselves away from their phones as they drive. The thought of being “left out” may draw them into this reckless behavior despite their brain telling them it is a bad idea. Teens are just like that – impulsive – as this article in ScienceMag.org points out.

Our teens’ love of technology may be their saving grace. There are several apps aimed at helping teens to break their distracted driving habit.

Maybe it is time to talk to your teen about distracted driving and to show him or her that this is a subject of great concern to you. They listen to you better than you may realize –especially if you model proper behavior yourself.

Here are several free apps that your teen driver – and you as well – can use to stop distracted driving before it is too late.

LifeSaver—This app runs in the background and automatically wakes up to lock the phone when it detects driving. It also provides a portal, allowing you to view your teen’s distracted driving behavior and provide your teen with rewards to help them break the habit. Emergency and passenger “unlock” features allow use of the phone in a car when it is safe. 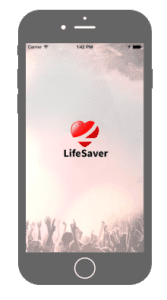 TeenSafer – This app puts the phone on “Safe Mode” as soon as it detects that a vehicle is moving. A curtain screen blocks access to the keyboard and screen. The app also silences all notifications and alerts of incoming calls, texts and e-mails. This can help a teen to resist the urge to check his or her phone while behind the wheel. 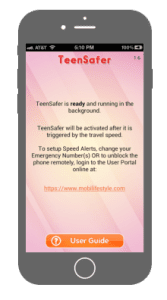 VeHawk – This app lets the teen’s parents view a variety of data about the driver of a car. This includes texting and phone calls and where the car has gone. The information is uploaded to a website. The site sends e-mail alerts about specific violations to the account holder. 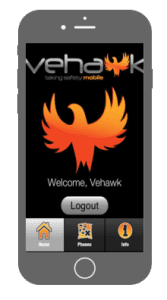 AT&T DriveMode / Verizon Safely Go / Sprint DriveFirst – All of these major wireless service providers now offer free apps that block calls and texts once they sense that a car is moving. These apps can also be set to send automatic replies to texts, telling senders that the owner is driving and will respond at a later time. 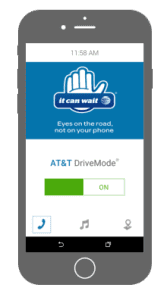 Parents: Don’t Let Apps Do the Work for You

Of course, the best thing you can do as a parent is demonstrate to your children that driving safely is important to you.

The Brain Injury Alliance of New Jersey (BIANJ) and the New Jersey Division of Highway Traffic Safety state on their New Jersey Teen Driving parent resource website that three out of four teens say their parents would be the best influence for getting them to drive safely.

One of the site’s suggestions is that parents and their teens enter into a contract that addresses the teen’s driving privileges and responsibilities. According to the site, research shows that teens whose parents limit initial driving privileges –driving at night, for instance, or driving with other teen passengers – are less likely to engage in risky driving, get tickets or get into crashes.

In addition to its own Say Yes To Life contract, New Jersey Teen Driving suggests checking into sample teen-parent driving contracts sponsored by:

New Jersey Teen Driving has many more tips and resources for parents and teens on driving topics beyond texting and distracted driving.

It also has a link to its companion site for teens, U Got Brains? Take a look at it. We suggest using every tool available to help make your teen driver a safe driver.