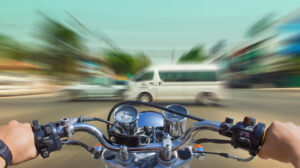 A near-fatal motorcycle and commercial bus accident on Old Hook Road in Westwood, New Jersey severely injured an experienced motorcyclist. After Davis, Saperstein & Salomon, P.C. partners Garry R. Salomon and Adam B. Lederman proved that the bus driver was negligent when he made a left turn, the bus company’s insurance carrier paid $5.75 million dollars to the motorcyclist, a Davis Saperstein & Salomon, P.C. client. 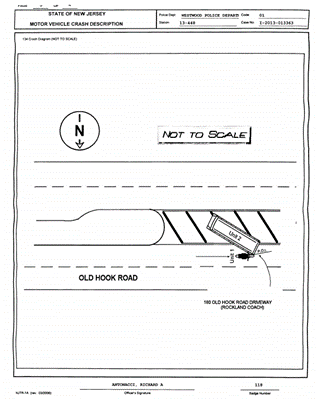 The Emerson, New Jersey biker—a husband, father, caretaker, and football enthusiast—was enjoying a leisurely ride on his 1990 Harley Davidson motorcycle and was on his way to a charity event for cancer where he planned to donate tickets for a New York Giants football game. But his trip was interrupted when a commercial bus suddenly and unpredictably made a left-hand turn without the use of its turning signal. In making the turn, the bus driver crossed a painted barrier—a set of double yellow lines that are separated by several feet and connected by a yellow, striped median. There are signs along Old Hook Road that warn drivers against making similar turns over a double yellow line. The bus driver also failed to yield the right of way of the motorcyclist, choosing to turn when the motorcycle was too close to avoid a collision. The bus blocked all the available lanes of traffic, forcing the motorcycle to collide with the back corner of the vehicle. Upon collision, the motorcyclist was thrown to the ground.

The motorcyclist was a New York City union construction laborer. The accident impeded his ability to work and caused him to suffer injuries to his leg, back, and arm. His leg injuries included a partially amputated leg, comminuted open Grade III fracture of his left tibia, comminuted open fracture of his left fibula, large open wounds, partial disruption of his left knee, and post-traumatic equinus deformity of his left ankle and foot. His back and spinal injuries included a focal T3-T4 disc herniation, T4-T5, T7-T8, and T8-T9 disc bulges, constant back pain, and periodic neck pain. The client has undergone surgery on 20 separate occasions with the continued expectation of undergoing more in the future.

Ironically, an unrelated motorcyclist passed the scene of the accident just moments before the collision occurred. The bus driver admitted that he had seen both motorcycles, but negligently decided that the mere 6 seconds between bikes allowed enough time to make the turn. The Davis, Saperstein & Salomon, P.C. team of lawyers hired expert witnesses, including an accident reconstruction expert, who concluded that the motorcyclist had no viable options to avoid collision and made the best possible decision in order to save his own life. 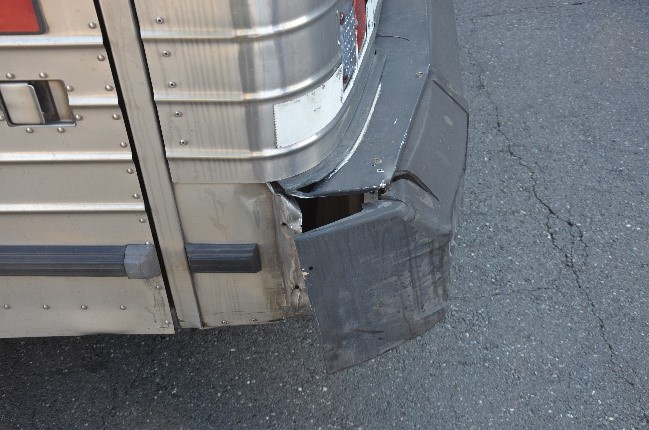 The responding Westwood Police Department officers interviewed a witness at the scene. The witness claimed that the bus operator drove “erratically” and made the turn at an excessive speed, causing the bus to lean toward the passenger side. The New Jersey motorcycle accident lawyers at Davis, Saperstein & Salomon, P.C. provided proof that the client was a cautious driver. Before the collision, he was driving under the 40-mph speed limit, driving with his headlight on despite it being midday, and using his bike’s horn as he approached the turning bus. The accident reconstruction expert concluded that due to the motorcyclist’s attempts to brake as he skidded toward the bus, he was only driving approximately 10-mph at the time of the collision.

Members of the Davis, Saperstein & Salmon, P.C. motorcycle accident practice group, partners Garry R. Salomon, and Adam B. Lederman, assisted by associate attorney Jeffrey E. Salomon, represented the client and his wife. The results of this settlement were reported in the New Jersey Verdict Review in 2018.