Drowsy, or fatigued, driving is sometimes compared to driving while impaired by alcohol. This is because sleepiness slows a person’s reaction time. It decreases awareness, impairs judgment and increases the probability of the drowsy driver getting into a serious car accident.

In New Jersey, a drowsy driver who gets into an accident may be considered by law to be driving recklessly in the same manner as an intoxicated driver. In fact, our state’s vehicular homicide law, N.J. Rev. Stat § 2C:11-5 (2013), addresses drowsy driving first – before drunk, drugged or distracted driving. 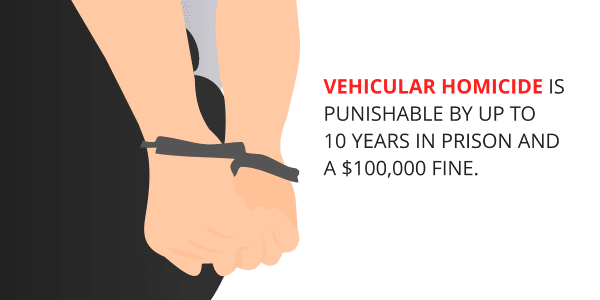 In 2003, then-New Jersey Governor James E. McGreevey signed the law that allows prosecutors to charge a sleep-deprived driver with vehicular homicide. You may remember that it was called “Maggie’s Law,” for 20-year-old Maggie McDonnell, a college student who died in 1997 after a vehicle driven by Michael Coleman swerved across three lanes and hit her car. Coleman told authorities he had not slept for 30 hours.

As The Associated Press explained at the time, Coleman was ultimately cited for reckless driving and fined $200 — the maximum sentence. Vehicular homicide is punishable by up to 10 years in prison and a $100,000 fine.

Who Is Most Likely to Cause a Drowsy Driving Crash?

According to the National Highway Traffic Safety Administration, drowsy driving caused about 72,000 crashes, 800 fatalities and 44,000 injuries in one recent year.

However, it is likely that many more drowsy driving crashes occurred. The NHTSA says that fatigued driving is underreported as a cause of crashes.

As you might expect, the National Sleep Foundation (NSF) has an intense interest in drowsy driving. The comparison of drowsiness to alcohol impairment that we mentioned above actually comes from the NSF’s DrowsyDriving.org website.

The NSF states that people who are most at risk of driving while fatigued and crashing are:

Six or fewer hours of sleep in a 24-hour period triples your risk of a crash, according to the NSF.

Ways to Avoid Fatigue and a Potential Drowsy Driving Accident

You don’t have to make the potentially fatal mistake of driving while you are too fatigued or drowsy to be behind the wheel. Instead, you can do following these five rules: 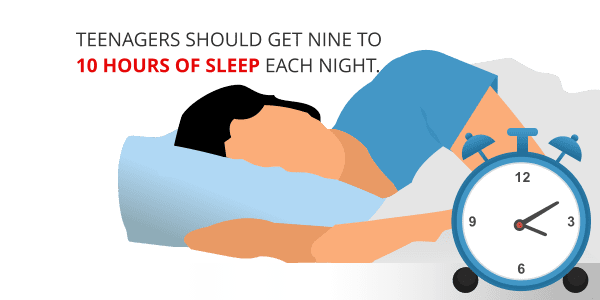 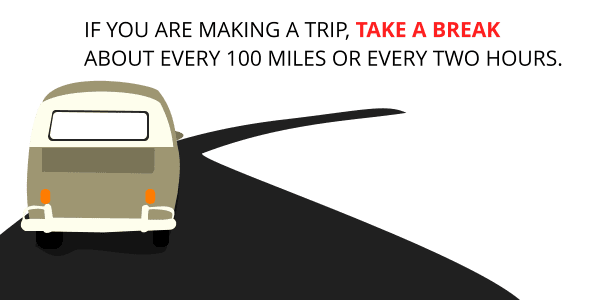 If you are making a trip, take a break about every 100 miles or every two hours. Anytime you feel tired, find a rest stop or somewhere else safe to pull over and rest. A nap of 15 to 20 minutes can provide a short-term boost in alertness and performance.

Caffeine can also provide a short-term stimulus. A study at the University of Washington found that the crash risk was less for drivers who used a highway rest stop, drank coffee within the previous two hours or played a radio while driving. But napping and coffee are not substitutes for a full night’s sleep.

A companion can help to keep you awake by engaging you in conversation or sharing driving duties. Talking to a companion breaks the monotony of a long drive or one at night. A passenger can also take over or urge you to stop for a rest if they recognize warning signs of your fatigue such as: 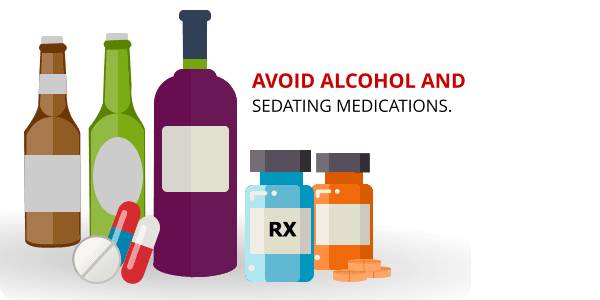 Don’t actively increase your drowsiness! Check with your doctor or read information provided with your medication about any side effects that could cause drowsiness. Don’t forget about over-the-counter (OTC) medications and their potential effect on driving. Among the common types that can cause drowsiness are:

It is really that simple. If you can avoid a trip or delay it until you get rest, do so. If it is a business meeting, maybe it can be conducted by Skype, a Google Hangout or another video chat or conference program. Driving is not always the answer, especially when you have not had proper sleep.