Home Blog How At Risk Are People with Dementia and Alzheimer’s Disease?

How At Risk Are People with Dementia and Alzheimer’s Disease? 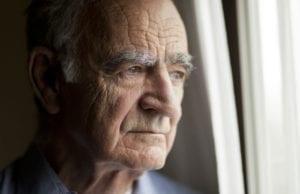 Alzheimer’s disease is a degenerative brain disease. It is the most common cause of dementia. The symptoms of dementia include “difficulties with memory, language, problem-solving, and other cognitive skills that affect a person’s ability to perform everyday activities,” the Alzheimer’s Association reports. In the final stages of Alzheimer’s disease, the person with the disease typically cannot leave his or her bed and requires constant care. A person’s risk of developing Alzheimer’s disease increases with age.

Given that the elderly population is expected to expand dramatically in the coming decades, you should think carefully about issues of dementia and elder abuse. A New Jersey elder abuse attorney can help you.

By the year 2025, those numbers are expected to grow to:

The following facts also help to make clear just how prevalent Alzheimer’s disease is in New Jersey and how it impacts seniors and their adult children throughout the state:

Prevalence of Elder Abuse Among Dementia Patients in New Jersey

Unfortunately, Alzheimer’s disease and elder abuse are closely connected. It can be very difficult to provide care to an elderly person with Alzheimer’s, especially in the late stages of the disease. The Alzheimer’s Association reports that about 35 percent of caregivers for those with Alzheimer’s report that “their health has gotten worse due to care responsibilities.”

To put that number in perspective, less than 20 percent of caregivers for seniors who do not suffer from Alzheimer’s or another form of dementia report that they have experienced declining health.

Many Alzheimer’s patients are vulnerable because they cannot report nursing home abuse or recognize it when they see it. As such, Alzheimer’s disease patients tend to be at higher risk of elder abuse than other seniors living in nursing homes and in other settings.

The Alzheimer’s Association reports that the following types of elder abuse are common among dementia patients:

What are Risk Factors for Elder Abuse? 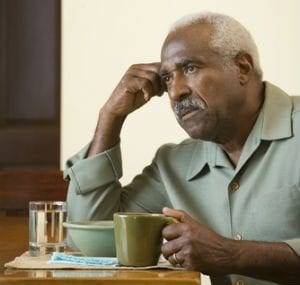 For many reasons, caregivers mistreat patients with dementia. Each situation is different. The National Institutes of Health points to the following as common risk factors for elder mistreatment, especially among patients with Alzheimer’s or another type of dementia:

As we stated, caring for patients in the late stages of Alzheimer’s disease can produce substantial stress and anxiety in the caregiver, and studies suggest that there may be a link between caregiver stress and the likelihood of elder mistreatment.

It can be very difficult to think about a parent or other elderly loved one developing Alzheimer’s disease and requiring constant care. However, it is important to understand that seniors with dementia may be at an increased risk of elder abuse, especially during the later stages of the disease.

If you have concerns about an elderly loved one’s safety in a nursing home or other facility, you should reach out to an elder abuse attorney in New Jersey as soon as possible. Contact Davis, Saperstein & Salomon, P.C., today to learn more about how we can assist you.