Home Blog Is It High Time for New Jersey?

Is It High Time for New Jersey? 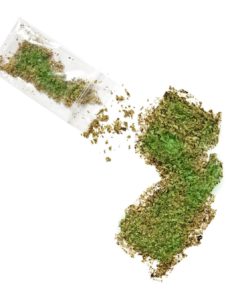 Currently, New Jersey along with 29 other states allow adults to consume marijuana for medical conditions but lawmakers are pushing legislation to legalize the recreational use of marijuana for residents 21 and older. Although proponents say legalizing marijuana will increase tax revenue and decrease crime rates, law enforcement may encounter some troubling problems. Police know how to determine if a driver is over the legal limit when consuming alcohol, but what about marijuana? What is the legal limit? How do we test for it?

Plans to legalize recreational marijuana in New Jersey have been centered around much debate. Both residents and lawmakers have been examining Governor Phil Murphy’s legislation to allow adults 21 or older to possess up to an ounce of cannabis in any form (edibles, liquid, vapes, etc.). Other states have already made the move to legalization, but there continue to be many questions as to how legalization will affect New Jersey.

One of those questions is what legalizing recreational marijuana will mean in terms of impaired driving protocols. One of the problems with putting procedures in place is that no one can clearly define what “impairment” means in terms of marijuana usage. Unlike alcohol intoxication, which is relatively simple to measure by way of a roadside breathalyzer test, the process is far more complex for marijuana.

One of the issues is that marijuana levels do not necessarily translate into a measurement of how intoxicated a person is. The presence of THC—the primary psychoactive component in marijuana—in a driver’s body has not been shown to be a reliable measure of impairment. THC differs greatly from alcohol. It metabolizes in the body differently and impairs the user differently.

Alcohol is water soluble while THC is fat soluble. When you drink, alcohol enters the bloodstream and dissolves in the water of the blood. The blood carries the alcohol throughout the body evenly.  Measuring the volume of alcohol in one part of your body can easily show how much is in any other part of your body. Hence a breathalyzer test can show officers how alcohol is affecting a driver’s brain, giving a clear idea of impairment. However, marijuana works differently.

Currently, tests that measure THC in blood, saliva, or urine can take days for a result. More importantly, they cannot accurately tell whether a person has smoked a half hour ago or eight days ago. That is because THC in marijuana is fat soluble, not water soluble meaning it is stored in the fat cells of the body long after any impairing effect. The height of intoxication is not the moment when blood THC levels peak and the high does not rise and fall uniformly based on how much THC enters and leaves bodily fluids like alcohol.

How Much is Too Much?

Many people still want a specific number put in place to represent the legal limit of impairment for marijuana use. Realistically, based on the chemistry of the drug and how it affects the body, this is a difficult task. The AAA Foundation for Traffic Safety says there is no real threshold known that indicates when a marijuana smoker may be too impaired to drive. “There is no reliable number that has any meaningful value in terms of predicting impairment,” said Jake Nelson, AAA’s director of traffic safety and advocacy.

This isn’t stopping states from trying to create regulations. California put into place vague “effect-based” DUID laws, where a person is only tested if detectably impaired. Other states like Washington and Colorado have an objective cut-off THC blood concentration of 5.0 ng/ml.  Currently, there are no reliable roadside tools that can clearly measure 5.0 ng/ml. Blood tests are still needed to prove a numerical level.

The difficulty with the 5.0 ng/ml standard is that THC can clear out of the blood in occasional users within a couple of hours. Chronic smokers, on the other hand, can have a constant, moderate level of THC blood even when they are not high. The way THC affects the body makes implementing a simple standard of impairment that much more difficult.

Although many independent studies have shown differing information on the topic, according to the Insurance Institute for Highway Safety and the Highway Loss Data Institute, car crashes were up a little over 5% in states where the recreational use of marijuana has been legalized. Yet the amount of fatal car accidents have gone down.

Another study from the National Highway Traffic Safety Administration (NHTSA) found that drivers who use marijuana are at a significantly lower risk for a crash compared to drivers who use alcohol. NHTSA studies show people who use marijuana tend to drive slower and follow other cars at greater distance. On the flip side, those who have consumed alcohol do the opposite. They generally drive faster, and follow at closer distances, which can lead to a greater risk for accidents.

Needless to say, whenever any type of mind-altering substance is taken, whether alcohol, marijuana, or even some prescription drugs, users should never get behind the wheel impaired.