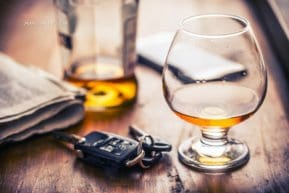 Drunk Driving During the Holiday Season

Car accidents caused by drunk driving or driving under the influence (DUI) are common around the holiday season where alcohol is served at celebrations, social functions and other parties. Under the influence, a motorist’s judgement is impaired, which significantly increases the risk of drunk-driving accidents. The National Institute on Alcohol Abuse and Alcohol (NIAAA) estimates that alcohol-related crashes are two to three times more likely to cause deadly accidents between the holidays and New Year than at any comparable period of time during the year.

The reality is that you cannot completely eliminate the risk of a car accident. You can, however, take the basic precautions of always wearing your seatbelt, requiring your passengers to wear their seatbelts, and remaining alert. According to the Centers for Disease Control and Prevention (CDC), using a seatbelt reduces your risk of sustaining a serious injury in a crash by as much as 50%. Not only is wearing your seatbelt the law, it can actually save lives.

2. Use Additional Caution at Intersections

Drunk drivers often fail to notice upcoming intersections and disregard traffic lights and stop signs. Especially during the holidays and driving at night, take extra care when approaching intersections. Look in every direction and check to see that oncoming vehicles are braking and stopping. Do not assume that the other driver will act in a safe manner.

During the holidays, the majority of drunk driving occurs after dark where reduced visibility and potentially slick roads make for dangerous situations. It is best to limit your nighttime driving as much as possible. Enjoy the holidays with your friends and family in a single location. When you do have to get back on the road at night, be sure to take extra safety measures to get home safely.

4. Recognize Signs of a Drunk Driver

Stay alert for vehicles that appear to be operating in an erratic or unsafe manner. Signs that a driver may be intoxicated include:

If you suspect a driver to be intoxicated, stay clear of the vehicle and call the police to report the location, make/model and license plate of the vehicle.

Have you been the victim of a drunk driving accident?

If you have been injured by a drunk driver, you deserve the strongest possible legal representation. At Davis, Saperstein & Salomon, P.C., our car accident attorneys have extensive experience handling complex accident claims involving injuries caused by drunk drivers. In fact, our lawyers have argued cases against drunk drivers and restaurants that over served customers and allowed them to drive while being visibly drunk.

Our own Davis, Saperstein & Salomon, P.C. partner, Steven Benvenisti, almost died at the hands of a drunk driver. Having recovered from catastrophic physical and traumatic brain injuries requiring months of hospitalization, surgeries and rehabilitation, Partner Steven Benvenisti brings intense personal dedication to representing DUI victims. Along with Steve, the team of highly trained attorneys at Davis, Saperstein & Salomon, P.C., are deeply committed to helping DUI victims recover from their injuries and receive maximum compensation for their pain and suffering—even if it means going after the person or business that served the drunk driver.

Contact us today for a free legal consultation. From our offices in Teaneck and Lawrenceville, we represent victims of drunk driving accidents across New Jersey and New York City. We also have satellite offices available by appointment-only in Newark, Bridgewater, Jersey City, Edison area, Colonia, East Rutherford, and New York City.