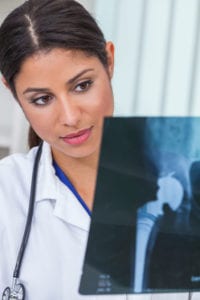 New Jersey-based Stryker Orthopaedics has agreed to settle thousands of claims filed by patients in state and federal courts who received the company’s Rejuvenate Modular-Neck and ABG II Modular-Neck metal-on-metal hip implants – a settlement that could top $1.43 billion based on the company’s own estimate.

According to the New Jersey Law Journal, an announcement and signing of the settlement took place on the morning of November 3, 2014 in the courtroom of New Jersey Superior Court Judge Brian R. Martinotti in Bergen County, where more than 2,100 claims have been centralized since January 2013.

A similar announcement took place that afternoon in the U.S. District Court for the District of Minnesota, where more than 1,500 federal court lawsuits were consolidated in May 2013.

Eligible hip implant patients could receive a “base award” of $300,000 per each defective all-metal hip implant they received plus additional compensation of up to $550,000 if they suffered complications due to the device failure, according to NorthJersey.com.

Stryker announced the settlement on its website and has set up a special website with information about the settlement, StrykerModularHipSettlement.com.

The New York Times calls the settlement “one of the highest amounts paid in the last year by an implant manufacturer” to resolve metal-on-metal hip implant claims.

As the Times reports, metal-on-metal hip implants such as those manufactured by Howmedica Osteonics Corporation (a subsidiary of Stryker Corporation that does business as “Stryker Orthopaedics) were once used in one out of every three artificial hip replacement surgeries in the U.S.

However, it became evident that, when the moving, all-metal parts of the devices’ ball-and-socket joints rubbed together, they could release metal flakes into surrounding tissue and cause a condition called metallosis.

Metallosis can cause fibrosis (damage to or scarring of adjacent soft tissue) or local necrosis (death of tissue around the joint).

According to the U.S. Food and Drug Administration, which regulates medical devices sold in the U.S., soft tissue damage due to metallosis in metal-on-metal hip implant patients could lead to pain, implant loosening, device failure and the need for surgery to replace the implant, or “revision” surgery.

To be eligible, a patient must be either a U.S. citizen or resident. The patient must have undergone both surgeries – implantation of the device and revision surgery to remove it – at a U.S. hospital or U.S. military hospital, the Journal reports. The revision surgery must have been performed before November 3, 2014, the date of the settlement.

A patient who has suffered device failure but cannot undergo revision surgery due to medical reasons may be eligible for $75,000 in compensation, NorthJersey.com reports.

To participate in the settlement, eligible patients must register with the Settlement Program Claims Processor by December 14, 2014, according to Stryker. The company expects most payments to be completed by the end of 2015.

According to Stryker, some lawsuits will remain pending, and the company “will continue to defend against remaining claims.”