The ABCs of TBI: Traumatic Brain Injuries in Children 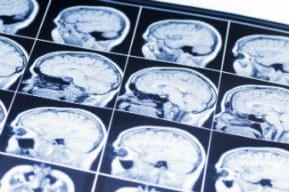 It is estimated that 2.5 million children and adults suffer a traumatic brain injury (TBI) in the U.S. each year. Brain injuries can occur from any trauma sustained to the head, such as sports injuries, falls, and car accidents. Although children have been suffering from head injuries for ages, it’s a topic that has only really been brought to the forefront over the last decade or so. Statistics show that out of the injuries leading to death in children in the U.S., 80% are head trauma injuries.

Some believe that children are more resilient and can “bounce back” quicker than adults who suffer a brain injury. However, research shows that is not the case. In fact, it has been stated that the average child’s skull is only 1/8 as strong as an adult’s, making them much more susceptible and prone to lifelong complications and long-term damage.

Because a child’s brain is still developing, long-term effects of TBI may not be seen until years after the initial accident. Some will have long-term difficulty learning information or interacting in complex social situations due to impairments in cognitive function. Those difficulties can affect their education, job performance, friendships, and interactions with their family.

Head trauma and injuries are very common among children, especially in those who play sports. Warnings from doctors and medical professionals to parents on the dangers of sports-induced concussions have been gaining momentum for years. Many assume concussions in children are usually sports related, but they can happen with any head injury, often without a loss of consciousness.

The brain, which is made of soft tissue and cushioned by spinal fluid, is encased in the hard, protective skull. Typically, the brain can move around inside the skull but if the brain bangs against the skull—for example, in a fall on a playground or against a headrest in a car accident—blood vessels can tear and the nerves inside the brain can be injured, leading to a concussion.

A child may not feel or display the effects of head traumas, including concussions, right away. Some do not exhibit symptoms for days, weeks, months, or even years. This is especially true in children until their cognitive and emotional skills are better developed. Determining the full impact of a brain injury in a child can also be extremely difficult. Depending on how old the child is, there may be a limited amount of academic and health records to make a before-and-after comparison. It is always important to monitor a child after trauma to the head occurs for any physical, mental, or behavioral changes.

Sometimes, brain injuries are not always easy to spot. If the injury occurred during an activity, such as skiing or soccer, and a person is not showing any immediate signs, they can be mistakenly perceived as fine.

These are a few of the common symptoms to keep an eye out for:

A hit to the head can lead to a multitude of brain injuries other than concussions, some of which can only be detected through a CT scan or MRI. Fractures, internal bleeding, and contusions can also go undetected. A subarachnoid hemorrhage, which is the bleeding in between the tissue that covers the brain, is one of the possible effects brought upon by head trauma. Unfortunately, this type of brain bleeding can occur abruptly. According to neuroendomke.com, “A sudden, severe headache, nausea and vomiting, vision problems, muscle weakness in the limbs, changes in alertness or consciousness, seizures, difficulty breathing, and the inability to swallow or speak” are some of the common symptoms.

Always see your doctor if your child has received a hit to the head that concerns you or causes any physical, behavioral, or emotional changes. Seek emergency medical care immediately if there are any known signs or symptoms of traumatic brain injury, like those listed above.

Brain injuries have been called the “silent epidemic” because public recognition is still extremely low despite the staggering number of people who are injured each year. TBI can affect a child and their families long after the initial impact, making proper diagnosis and treatment so important.