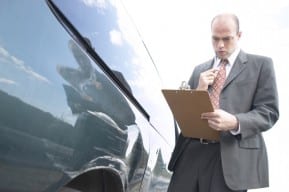 If you’ve been involved in an auto accident, you know first-hand how heartbreaking the aftermath can be – especially if that accident was the direct cause of a serious injury or tragic death. Although you may feel alone after experiencing a traumatizing vehicle collision, you are far from actually being alone. As these New Jersey car accidents stats show, thousands of people are involved in serious NJ car accidents each year.

In fact, a Forbes article called New Jersey the home to the “second worst drivers” in the country based on an Allstate Insurance Company study that listed four New Jersey cities – Newark, Jersey City, Paterson and Elizabeth – among cities with the most car accident claims.

How Many Car Accidents Are There per Year in NJ?

In the recently recorded year, 276,861 total car crashes occurred on New Jersey municipal, county, state, interstate and toll roadways, according to the New Jersey Department of Transportation (NJDOT). Out of those crashes, 59,850 caused injuries and 524 resulted in fatalities. Another 216,487 auto accidents led to property damage only. According to NJDOT auto accident statistics, 10 counties accounted for over 75 percent of the total motor vehicle accidents in New Jersey.

How Common Are Left-Turn Car Accidents in New Jersey?

Most car accidents in New Jersey occur on municipal or county roads, NJDOT records show. In fact, in the recent report, 170,899 accidents occurred on those roads. Rear-end accidents are the most prevalent type of accident on these roadways, comprising 39,348 of the total accidents, or 23 percent.

The table below illustrates data for other types of car accidents, including left-turn accident statistics.

How Common Are Speeding Accidents in New Jersey?

The New Jersey State Police reports that 51 fatal crashes occurred in the last reported year on the state’s interstate roadways such as I-95, I-80, New Jersey Turnpike and Garden State Parkway. What were the leading causes of these accidents? According to NJ State Police reports, driver inattention and failure to yield right-of-away were the top causes.

Speeding is one of the most prevalent risk-factors for severe collisions on New Jersey roadways. When coupled with different types of distractions, such as unsafe cell phone use, speeding is significantly more likely to result in an accident. These accidents frequently occur at New Jersey intersections, both signalized and unsignalized. The NJ State Police data indicates that 146 fatal accidents occurred at intersections.

Who Gets Into the Most Car Accidents?

What Is the Total Number of Fatal Car Accidents in NJ?

According to a recent report from the New Jersey Department of Transportation (NJDoT), a total of 524 fatal vehicle collisions occurred statewide.

The data table below breaks down how many fatal accidents occurred within each NJ county:

Car Accidents Related to Cell phone Use in New Jersey

There are many causes of vehicle accidents in New Jersey, and cell phone use only adds to the problem. Because phones divert attention from the road, whether handheld or hands-free, using a cell phone in the car can become a fatal distraction. New Jersey saw a total of 1,391 accidents due to cell phone use in a recent year, with 628 injuries and one fatality.

New Jersey does not allow drivers to use cell phones to talk on the phone or text. Handheld phones may be used only for emergencies, and the driver must keep a hand on the wheel at all times. However, even hands-free use can cause cognitive distraction, so this is still discouraged. Driving distracted while using a cell phone comes with penalties, fines, and even suspension of a driver’s license. More importantly, it can lead to severe injuries and even death.

Our New Jersey Car Accident Lawyers Can Help You

When someone is harmed by a careless driver or loses a loved one in a car accident, they have the right and the expectation to be fairly compensated for their losses. However, New Jersey auto accident laws can be complex, and it can be difficult to deal with insurance adjusters. That’s why it’s important to contact an experienced and dedicated New Jersey auto accident lawyer who can navigate your case through the legal process and its minefields.

Since 1981, the car accident lawyers and staff of Davis, Saperstein & Salomon, P.C., have devoted their legal careers to helping people throughout New Jersey and New York who were injured as a result of the carelessness of others. We are ready to help you, too.

Call us today or complete our online form to schedule a free and confidential consultation right away. We can review your case by telephone, Skype, Zoom, FaceTime or GoToMeeting. We also make house calls and hospital visits due to time being of the essence in establishing a claim. We do not charge attorney’s fees unless we are successful in your case.

This post was originally published on November 2017 and has been updated for accuracy and comprehensiveness on February 2022.