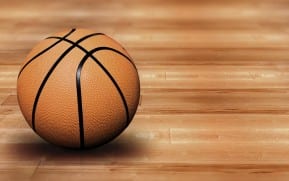 Jack and Cheryl Hill of Roselle, New Jersey filed a lawsuit this week against Slippery Rock University and the National Collegiate Athletic Association (NCAA). The suit alleges that the NCAA and the school are responsible for the death of their son, Jack Hill Jr., who died during a basketball practice on September 10, 2011. Jack Jr. had sickle cell trait (SCT), a condition that can cause sudden death during physical exertion. Sickle cell trait is the most common cause of student athlete deaths.

Jack Hill Jr. was not aware of his sickle cell trait. Blood tests would have revealed the condition. Students with SCT are usually excused from certain physically demanding exercises and practices. In this case, the basketball team’s coach had ordered a nighttime practice as a punishment for the whole team. It was the third practice of the day. Reports indicate that this was a high-intensity practice known as an “insanity practice.”

The suit accuses the school of failing to do enough after Hill collapsed. He was briefly given CPR. According to the suit, a student attempted to use a defibrillator to revive Hill, but he used the machine improperly and was unsuccessful.

Hill was taken to Grove City Medical Center where he was pronounced dead shortly after midnight. He was 21 years old.

“The NCAA moved very slowly to take precautions against this type of tragedy,” explains Samuel L. Davis, an attorney at the Teaneck, NJ law firm of Davis, Saperstein, & Salomon, P.C. “They waited decades between the time they knew SCT could make physical exertion dangerous and the time they started screening for it. Hill’s tragic death played a part in bringing screening to Division II and Division III schools,” says Davis, who has been recognized as a Certified Civil Trial Attorney by the Supreme Court of New Jersey.

“Both the school and the NCAA should have done more to make sure their athletes were safe,” says Sam Davis, whose firm is not involved with this particular case. Mr. Davis can be reached to discuss this case, for interviews or for a free initial consultation about any personal injury by calling (800) LAW-2000.