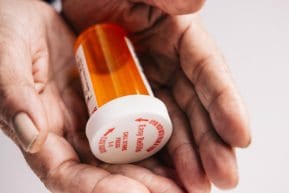 New York, New Jersey and the rest of the country are in crisis mode. Opioid addiction and overdoses are skyrocketing throughout New Jersey. Law enforcement and EMS are having a tough time keeping up with the flood of overdose calls and violence plaguing the streets of our towns and cities. Many may argue that it is the illegal drugs, like heroin, that are killing thousands of people each year. They’d be correct – to an extent – however, it’s not just heroin.

In New Jersey alone, nearly 2000 people lost their lives in 2016 due to drug overdoses, with a large amount attributed to opioids. Many people who develop a heroin addiction often do so after being prescribed pain killers, such as Percocet, Oxycodone or Oxycontin. Once these pills run out and a prescription cannot be obtained, they often turn to drug dealers to fill their needs.

Along with Percocet and heroin, Fentanyl has been afflicting New Jersey for several years. Though meant to be used for relief of break-through pain, Fentanyl has been adding fuel to the opioid crisis and is often abused by addicts for its “heroinlike” euphoric effect. While it can be found on the streets and obtained illegally, it can also be abused under a physician’s care. Unfortunately, there have been several doctors in New Jersey caught up in the opioid crisis themselves, with reports of arrests and charges of erroneously or overprescribing pain killers to their patients for their own financial gain.

One significant case involves a young woman who was prescribed Subsys, a form of Fentanyl, and Oxycontin for pain relief after being injured in two car accidents. Her Cherry Hill, N.J. doctor, along with a saleswoman from a drug company, persuaded the patient to begin using the spray. Less than a month after the initial prescription was written, her dosage was tripled, and she ended up in the hospital with “hyper-sedation”. Though the hospital urged her doctor to stop Subsys, she continued prescribing it, and ultimately, the young woman was found dead months later from an overdose.

New Jersey is fighting back, and has developed many initiatives to combat opioid addiction. In early 2017, former Governor Chris Christie launched a campaign specifically focused on opioid addiction. The campaign consists of television ads, billboards and online ads and featuring recovering addicts. In September, the former Governor also announced a $200 million plan to combat the crisis. Funding will go towards already existing successful programs, and will also be put toward the development of new ones. It was announced in December that Rutgers will receive $1.3 million in state funding to begin an apprentice program for more than 200 people to become Certified Alcohol and Drug Counselors. In October, $1.7 million in federal grants were allocated to four programs throughout the state, including $600,000 to the State Parole Board that will allow parolees to receive anti-addiction medication for the first time.

New Jersey has also taken a stance against some of the drug companies that produce these highly addictive pain killers. In October, New Jersey’s attorney general filed suit against Purdue Pharma, L.P., makers of OxyContin, for what he described as “a campaign of almost inconceivable callousness and irresponsibility.” A suit was also filed against Insys Therapeutics, makers of Subsys, and the state also subpoenaed Johnson & Johnson.

One thing is for certain, it is incumbent upon holistic health practitioners to accelerate their message to the public that acupuncture care relieves pain and heals holistically without subjecting a patient to addictive and potentially deadly medications.

Legally, families that have suffered a tragic loss because of allopathic and osteopathic physicians recklessly and unnecessarily over medicating patients may be subject to medical malpractice claims, especially if the patient is young with no history of drug use or addiction. The tragedy is that many of these young patients would have achieved permanent or manageable pain relief at the hands of a qualified acupuncturist.

With an average of 142 Americans losing their lives each day to opioids, the time for these initiatives to transpire is now.

Garry R. Salomon is a partner at Davis, Saperstein & Salomon P.C., a New Jersey and New York injury law firm.  He is certified by the Supreme Court of New Jersey as a Civil Trial Attorney. If you have any legal questions, feel free to call him at 201-907-5000.