Luis Haquia is a Senior trial Attorney with Davis, Saperstein & Salomon, P.C., of Teaneck, N.J. A native of Cuba, Luis and his family moved to West New York, N.J when he was a young boy. He is certified by the Supreme Court of New Jersey as a Civil Trial attorney, a distinction held by less than three percent of all New Jersey licensed attorneys.

Luis Haquia is a graduate of Memorial High School in West New York, New Jersey. He also received a BA in criminal justice from Seton Hall University and his law degree from Rutgers Law School. He is admitted to practice before the state courts of New Jersey and New York, as well as the Federal District Courts, New Jersey and Southern and Eastern Districts of New York. 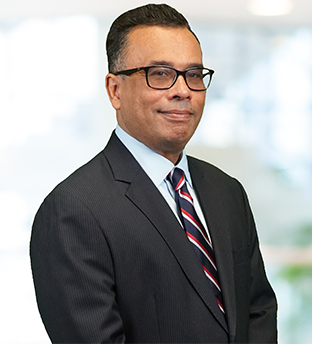 Luis Haquia, 51, has been a senior trial lawyer for Davis, Saperstein & Salomon, P.C., for over 20 years. His area of concentration is personal injury law and trial law in both New Jersey and New York. Many of his clients originate from Northern New Jersey’s Latino community, who know Haquia for his reputation for securing successful settlements and verdicts.

Luis Haquia has a very simple philosophy when it comes to his clients. “Its always an honor and privilege for me to be someone’s lawyer, their ‘abogado,’ and I give them the best representation our firm has to offer.” He attributes his success as a lawyer to an understanding of jurors gained from courtroom experience.

“I spent most of my life in Hudson and Essex County. I know the people from those counties, including the Spanish speaking clients which is the reason why I understand how the juries in Hudson and Essex Counties think.” Along with Marc Saperstein, in New York, he obtained a jury verdict of $20 million on behalf of an injured worker despite the fact that the worker was an undocumented illegal alien.

Luis Haquia has successfully tried some of the most complex brain injury cases in New York and New Jersey.

He is most proud of winning a jury verdict in a case against New York’s MTA proving negligence on the part of a subway conductor which resulted in a man losing both of his legs.

On a personal note, Luis Haquia enjoys sports, both as a spectator and athlete. He enjoys running, weight training, reading and as he puts it, “I enjoy practicing law.”