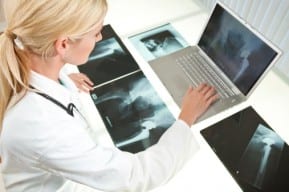 Many types of metal-on-metal hip implants have come under fire in recent years for causing patients to suffer side effects such as pain, tissue damage and a potentially dangerous condition known as “metallosis.” Numerous recipients of metal-on-metal hip implants have needed to undergo additional surgery to remove and replace the faulty medical devices.

According to the U.S. Food and Drug Administration (FDA), three recalls specific to metal-on-metal hip implants have been issued in recent years. These recalls involve the:

If you have been implanted with a recalled all-metal hip implant, you should immediately consult with your orthopaedic surgeon and contact an experienced defective medical device lawyer who can review your case and explain your legal options.

At Davis, Saperstein & Salomon, P.C., we have the resources, experience, and dedication to develop a strong case for compensation after metal-on-metal hip replacement systems have failed. We work with clients across the United States.

To schedule a free initial consultation about your case, call 1-800-LAW-2000 or use our online form.

In August 2010, the DePuy division of Johnson & Johnson issued a voluntary recall of the DePuy ASR XL Acetabular System. According to the FDA, this recall was issued due to “new, unpublished data from the [United Kingdom, UK] joint registry indicating the revision rates within 5 years were approximately 13 percent.”

According to DePuy’s ASR Hip Replacement Recall Guide, the metal-on-metal hip implant subject to this recall became commercially available in the U.S. in December 2005. So, any all-metal hip implants received prior to that date would not be impacted by the recall.

In July 2008, Zimmer issued a voluntary recall of its “Durom Cup,” saying that instructions for use / surgical technique instructions were inadequate.

Studies also have indicated problems with Zimmer’s Durom Cup product. For instance, in August of 2009, a medical journal referred to as Clinical Orthopaedics and Related Research published an article called, “Failure of the Durom Metasul Acetabular Component.” The study reported signs of impending hip replacement failure in many of the patients who had used Zimmer’s Duron Cup. The researchers concluded that they did not recommend the implant.

In June 2012, Smith & Nephew Orthopaedics issued a “market withdrawal” for the metal liners of its R3 acetabular system. According to the FDA, the withdrawal was prompted by the “higher than expected number of revision surgeries associated with the use of the device in total hip replacements” outside of the U.S. On its website, the manufacturer says  that it made the decision to withdraw the  product globally, including in the U.S., based on data from the Australian and UK patent registries.

According to Smith & Nephew, the liner received FDA approval in November 2008. The

majority of implant constructs use with the metal liner have been used in stemmed total hip replacement. The liner can also be coupled with the BHR Hip resurfacing head.

Another hip replacement system that has come under scrutiny is the Trident Hip Implant and related components manufactured by Stryker Corp.

In a written warning from the FDA on November 28, 2007, Stryker was accused of failing to meet quality control standards and using faulty parts. The FDA indicated that complaints had been coming in against Stryker since January of 2005, and Stryker had not yet addressed the problem. Some complaints alleged that the hip implants had poor fixation, which could cause serious bone fractures. Additionally, some patients with Stryker hip replacements required additional surgeries, the letter said.

With questions surrounding the safety of so many different metal-on-metal hip replacement systems, it can be hard to keep up with all of the recalls and other news. This is just one reason why it is important to work with experienced defective metal-on-metal hip implant attorneys when bringing your case against any manufacturer.

Call us today at 1-800-LAW-2000 or use our online form to schedule a free consultation. Remember, there is never a legal fee for your case if you do not recover compensation. So, there is nothing to lose by learning how we can help.